CloudVector today launched a namesake platform designed from the ground up to make it easier to discover application programming interfaces (APIs) and then secure them.

The company formerly known as ArecaBay also announced it has appointed Ravi Khatod to be its CEO after raising an additional $5 million in financing.

Khatod said the CloudVector API threat protection platform makes use of API Inspection Modules (AIM) based on microsensor modules that scan the IT environment continuously to discover new APIs. This capability is especially critical because in the age of microservices, new APIs are being created by developers faster than cybersecurity professionals can keep pace.

Once those APIs are discovered, separate Deep API Risk Trackers (DART) use machine learning algorithms to monitor specific classes of API blueprints, identify risk and detect in real-time any reconnaissance attempts by unknown third parties against those APIs. 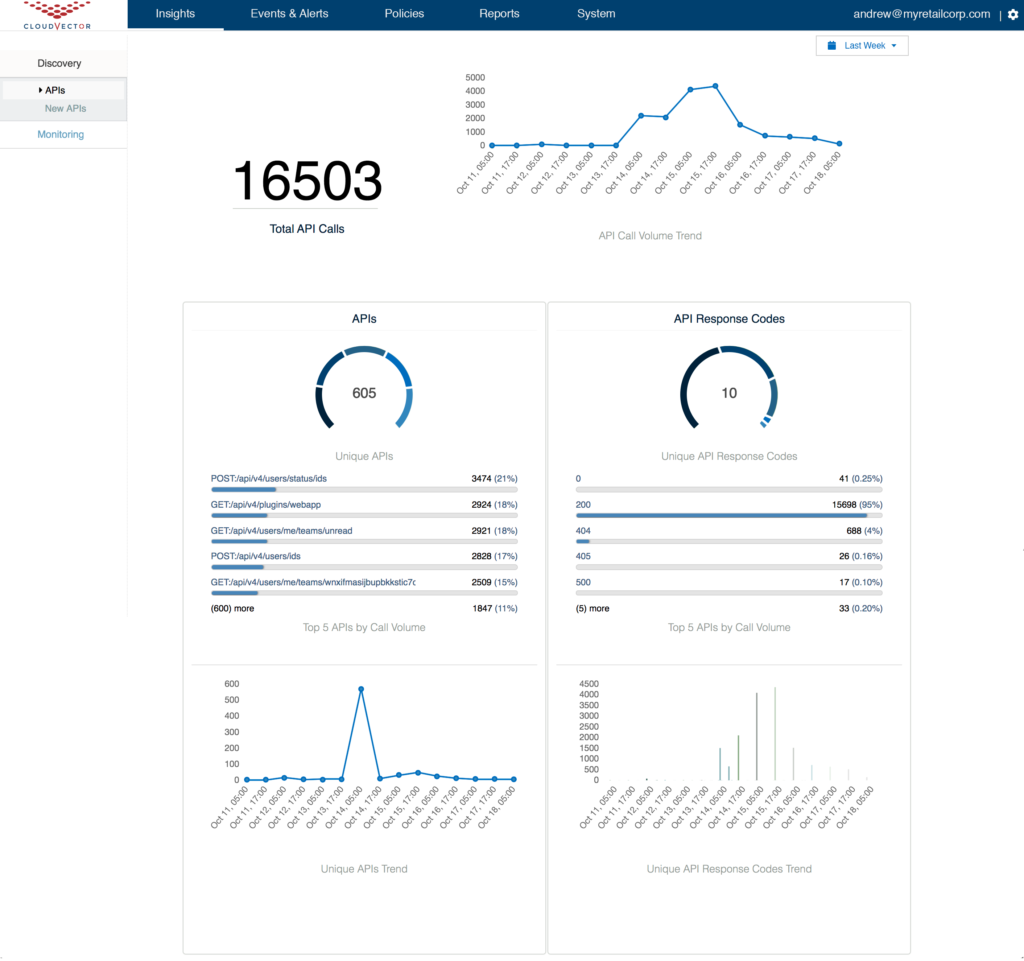 While developers are getting better at securing APIs using best DevSecOps processes, Khatod said it’s still primarily the responsibility of cybersecurity teams to make sure APIs running in production environments remain secure. The challenge they face is that the existing API management platforms in place don’t provide the tools needed to discover APIs and then classify them in a way that makes it possible to secure them automatically.

There’s no doubt that cybercriminals are becoming more adept at exploiting weaknesses in APIs to launch attacks and exfiltrate data. Rather than simply treating APIs as an extension of an application, organizations that have adopted best DevOps practices tend to manage APIs as a separate artifact. The code surrounding that API may change all the time. However, the more stable and secure the API is, the easier it becomes to update applications dynamically without impacting all the other applications that are dependent on those APIs.

Of course, the relationship between cybersecurity and developers is still evolving in this new age of microservices. The one thing that everyone can agree on is that securing all the APIs in the environment is now a shared responsibility across the entire IT organization.

Securing the Edge in a Hybrid Environment
Your Security Debt is Due. Here’s How to Pay it Off
‘OMIGOD’ Azure Critical Bugfix? Do It Yourself—Because Microsoft Won’t
Behavior-Based Detection Can Stop Exotic Malware
IBM Report Shows Severity of Cloud Security Challenges
Using the WPScan plugin to find vulnerabilities in your WordPress website
Kaseya Breach: Key Takeaways for Managed Service Providers
How User Access Reviews Manage Insider Threats
AT&T Free Msg: You know you shouldn’t click … so we did it for you!
CISO Stories Podcast: Communications Before, During and After a Breach