Threat Stack announced it has added Threat Stack Application Security Monitoring, an application runtime protection and risk detection tool, to the Threat Stack Cloud Security platform at no additional cost to users. That capability is based on runtime monitoring tools the company gained by acquiring Bluefyre last year.

At the same time, Threat Stack announced an alliance with JASK, a provider of security information event management (SIEM) platform for the cloud. 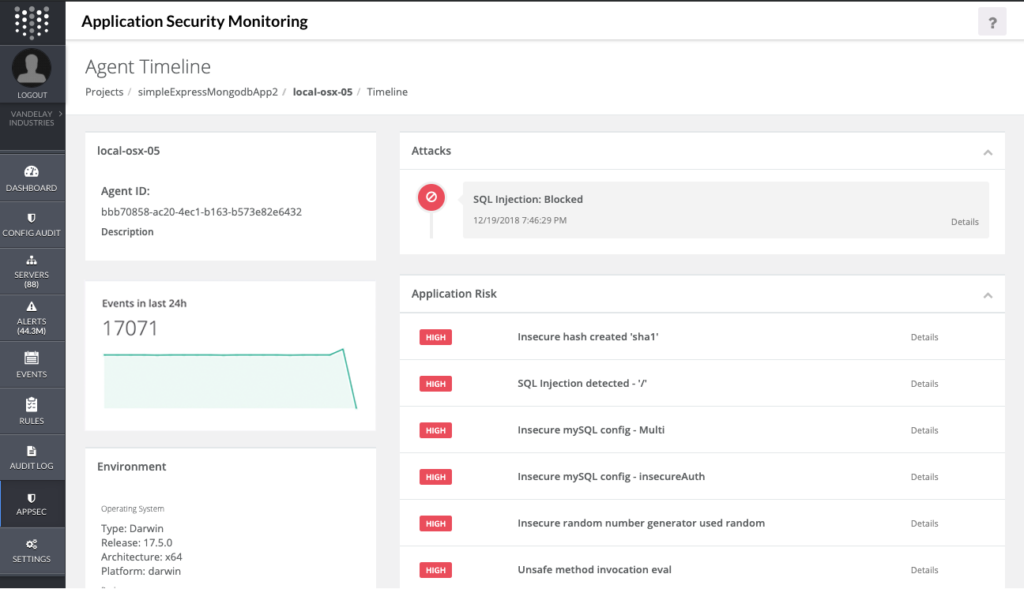 Buntel said organizations face multiple challenges in securing cloud applications, including visibility and being able to remediate issues as quickly as possible once they are discovered. That issue is only becoming more acute as containers drive the deployment of a new generation of cloud-native applications that are more difficult to secure, he noted. Most organizations today don’t have the expertise needed to secure legacy cloud applications, so Threat Stack Cloud Security reduces the pressure on the cybersecurity team by enabling more cybersecurity responsibility to be shifted left to the developer, Buntel said.

The Threat Stack approach makes it possible for cybersecurity teams to trust developers to implement the proper security controls while retaining enough visibility and control to verify those controls are in place.

The cybersecurity shift to the left, of course, requires cybersecurity teams to overcome the mistrust of developers that has built up over the last 30-plus years. In many cases, developers have viewed cybersecurity requirements as something to get around rather than a core part of the quality control process. Cybersecurity concerns often were given short shrift as developers raced to make an application release deadline.

Not every organization is equally down the DevSecOps path. Most of them, however, understand there is no alternative. Every application security breach today not only runs the risk of not only incurring fines and remediation costs but also has a meaningful impact on the brand value of the organization. The issue isn’t so much who is at fault every time a breach occurs, but rather how to prevent as many breaches as possible from ever happening in the first place.