A new report prepared for the Senate Intelligence Committee by the cybersecurity firm, New Knowledge was released yesterday. The report titled “The Tactics & Tropes of the
Internet Research Agency” provides an insight into how IRA a group of Russian agents used and continue to use social media to influence politics in America by exploiting the political and racial separation in American society.

“Throughout its multi-year effort, the Internet Research Agency exploited divisions in our society by leveraging vulnerabilities in our information ecosystem. We hope that our work has resulted in a clearer picture for policymakers, platforms, and the public alike and thank the Senate Select Committee on Intelligence for the opportunity to serve”, says the report.

Russian interference during the 2016 Presidential Elections comprised of Russian agents trying to hack the online voting systems, making cyber-attacks aimed at Democratic National Committee and Russian tactics of social media influence to exacerbate the political and social divisions in the US. As a part of SSCI’s investigation into IRA’s social media activities, some of the social platforms companies such as Twitter, Facebook, and Alphabet that were misused by the IRA, provided data related to IRA influence tactics. However, none of these platforms provided complete sets of related data to SSCI.

“Some of what was turned over was in PDF form; other datasets contained extensive duplicates. Each lacked core components that would have provided a fuller and more actionable picture. The data set provided to the SSCI for his analysis includes data previously unknown to the public.and..is the first comprehensive analysis by entities other than the social platforms”, reads the report.

The report brings to light IRA’s strategy that involved deciding on certain themes, primarily social issues and then reinforcing these themes across its Facebook, Instagram, and YouTube content. Different topics such as black culture, anti-Clinton, pro-trump, anti-refugee, Muslim culture, LGBT culture, Christian culture, feminism, veterans, ISIS, and so on were grouped thematically on Facebook Pages and Instagram accounts to reinforce the culture and to foster the feelings of pride.  Here is a look at some key highlights from the report.

IRA used Instagram as the biggest tool for influence

As per the report, Facebook executives, during the Congressional testimony held in April this year, hid the fact that Instagram played a major role in IRA’s influence operation. There were about 187 million engagements on Instagram compared to 76.5 million on Facebook and 73 million on Twitter, according to a data set of posts between 2015 and 2018. In 2017, IRA moved much of its activity and influence operations to Instagram as media started looking into Facebook and Twitter operations.

Instagram was the most effective platform for the Internet Research Agency and approximately 40% of Instagram accounts achieved over 10,000 followers (a level referred to as “micro-influencers” by marketers) and twelve of these accounts had over 100,000 followers (“influencer” level).

“Instagram engagement outperformed Facebook, which may indicate its strength as a
tool in image-centric memetic (meme) warfare. Our assessment is that Instagram is likely to be a key battleground on an ongoing basis,” reads the report.

Apart from social media posts, another feature of Instagram platform activity by IRA was merchandise. This merchandise promotion aimed at building partnerships for boosting audience growth and getting the audience data. This was especially evident in the black targeted communities with hashtags #supportblackbusiness and #buyblack appearing quite frequently. In fact, sometimes these IRA pages also offered coupons in exchange for sharing content.

The report states that although Twitter and Facebook were debating on determining if there was any voter suppression content present on these platforms, three major variants of voter suppression narratives was found widespread on Twitter, Facebook, Instagram, and YouTube.  These included malicious misdirection (eg: tweets promoting false voting rules), candidates supporting redirection, and turnout depression ( eg: no need to vote, your vote doesn’t matter).

For instance, few days before the 2016 presidential elections in the US, IRA started to implement voter suppression tactics on the Black-community targeted accounts. IRA started to spread content about voter fraud and delivering warnings that “election would be stolen and violence might be necessary”. These suppression narratives and content was largely targeted almost exclusively at the Black community on Instagram and Facebook. There was also the promotion of other kinds of content on topics such as alienation and violence to divert people’s attention away from politics. Then there were narratives that directly and broadly called out for voting for candidates apart from Hillary Clinton and pages on Facebook that posted repeatedly about voter fraud, stolen elections, conspiracies about machines provided by Soros, and rigged votes.

IRA’s major efforts over Facebook and Instagram were targeted at Black communities in America and involved developing and recruiting Black Americans as assets. The report states that IRA adopted a cross-platform media mirage strategy which shared authentic black related content to create a strong influence on the black community over social media.

An example presented in the report is that of a case study of “Black Matters” which illustrates the extent to which IRA created “inauthentic media property” by creating different accounts across the social platforms to “reinforce its brand” and widely distribute its content.  “Using only the data from the Facebook Page posts and memes, we generated a map of the cross-linked properties – other accounts that the Pages shared from, or linked to – to highlight the complex web of IRA-run accounts designed to surround Black audiences,” reads the report. So, an individual who followed or liked one of the Black-community-targeted IRA Pages would get exposed to content from a dozen other pages more.

Apart from IRA’s media mirage strategy, there was also the human asset recruitment strategy. It involved posts encouraging Americans to perform different types of tasks for IRA handlers. Some of these tasks included requests for contact with preachers from Black churches, soliciting volunteers to hand out fliers, offering free self-defense classes (Black Fist/Fit Black), requests for speakers at protests, etc. These posts appeared in the Black, Left, and Right-targeted groups, although they were mostly present in the black groups and communities.

“The IRA exploited the trust of their Page audiences to develop human assets, at least
some of whom were not aware of the role they played. This tactic was substantially
more pronounced on Black-targeted accounts”, reads the report. IRA also created domain names such as blackvswhite.info, blackmattersusa.com, blacktivist.info, blacktolive.org, and so on. It also created YouTube channels like “Cop Block US” and “Don’t Shoot” to spread anti-Clinton videos.

In response to these reports of specific black targeting at Facebook, National Association for the Advancement of Colored People (NAACP) returned a donation from Facebook and called on its users yesterday to log out of all Facebook-owned products such as Facebook, Instagram, and Whatsapp today. “NAACP remains concerned about the data breaches and numerous privacy mishaps that the tech giant has encountered in recent years, and is especially critical about those which occurred during the last presidential election campaign”, reads the NAACP announcement.

As per the report, IRA focussed on promoting political content surrounding pro-Donald Trump sentiments over different channels and pages regardless of whether these pages targeted conservatives, liberals, or racial and ethnic groups. On the other hand, large volumes of political content articulated anti-Hillary Clinton sentiments among both the Right and Left-leaning communities created by IRA. Moreover, there weren’t any communities or pages on Instagram and Facebook that favored Clinton. There were some pro-Clinton Twitter posts, however, most of the tweets were still largely anti-Clinton. Additionally, there were different YouTube channels created by IRA such as Williams & Kalvin, Cop Block US, don’t shoot, etc, and 25 videos across these different channels consisted election-related keywords in their title and all of these videos were anti-Hillary Clinton. An example presented in a report is of one of the political channels, Paul Jefferson, solicited videos for a #PeeOnHillary video challenge for which the hashtag appeared on Twitter and Instagram.  and shared submissions that it received. Other videos promoted by these YouTube channels were “The truth about elections”, “HILLARY RECEIVED $20,000 DONATION FROM KKK TOWARDS HER CAMPAIGN”, and so on.

Also, on IRA’s Facebook account, the post with maximum shares and engagement was a conspiracy theory about President Barack Obama refusing to ban Sharia Law, and encouraging Trump to take action.

These were some of the major highlights from the report. However, the report states that there is still a lot to be done with regard to IRA specifically. There is a need for further investigation of subscription and engagement pathways and only these social media platforms currently have that data. New Knowledge team hopes that these platforms will provide more data that can speak to the impact among the targeted communities.

For more information into the tactics of IRA, read the full report here.

Facebook, Twitter takes down hundreds of fake accounts with ties to Russia and Iran, suspected to influence the US midterm elections

*** This is a Security Bloggers Network syndicated blog from Security News – Packt Hub authored by Natasha Mathur. Read the original post at: https://hub.packtpub.com/how-ira-hacked-american-democracy-using-social-media-and-meme-warfare-to-promote-disinformation-and-polarization-a-new-report-to-senate-intelligence-committee/

Billions of Medical Images Leaked in Huge Privacy Puzzle
Predict 2020: A Look at What the New Year Will Bring
Do Midsized Companies Need a CISO?
Wind River Acquires Star Lab for IoT Security
The Non-Human Entities that Plague the Cloud
U.S. Healthcare Data Breach Cost $4 Billion in 2019. 2020 Won’t Be Any Better
CISA on Iran’s Cyber Threat: It’s Time to Review Your Cyber Security Posture!
Prevent security misconfigurations in a multi-cloud environment
Okta vs. Ping Identity
How to Cyber Security: A journey of a thousand miles 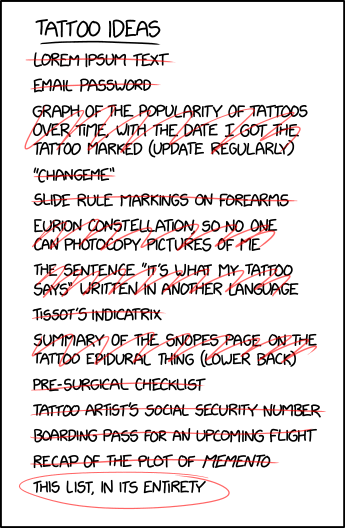