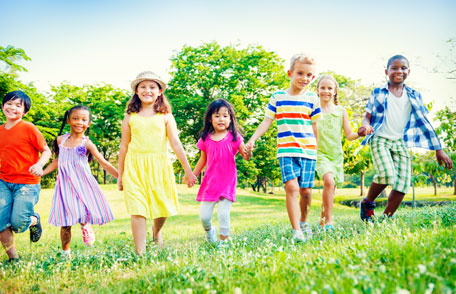 What did you want to be when you were young? So often we hear of kids who want to be astronauts, princesses, a superhero, or a racecar driver. What you don’t often hear is “a hacker.” More than ever, however, we need kids who know how to hack. To clarify, when we talk about “hackers” we do not mean those who exploit cyberspace for their own ends. Those, by definition, are not hackers, they are criminals. When we talk about a hacker, we define it as someone who wants to make systems more secure. Being a hacker requires curiosity, certain computer security skills, and a mindset for figuring out what criminals will do before they do it. So, where do we look for the next generation of hackers?

Curiosity is a big part of being a hacker and a social engineer. As professional social engineers, we are often asked to look at a security system to see if it can be exploited. This involves an interest in how that system works and seeing how it can be used to do something else.

Kids already have a natural curiosity about how things work and how that thing can be used differently. Have you ever watched as your child plays with their favorite toy? Not only do they know how it works and what it does, but their curiosity pushes them to find out what else that toy could do. One moment their favorite Hot Wheels track is a bustling city, the next it has changed into a superhero battle scene. That kind of curiosity and imagination, when encouraged and nurtured, can be used as a force for good as they grow older.

Nurturing Their Talents for Good

As parents or guardians, we often face the daily challenge of encouraging our children to make good choices. As they get older, this challenge becomes harder. The internet has made it easy for kids to get into serious trouble. With a simple Google search, or Reddit post, kids can find advice on everything from how to short-circuit parental cellphone monitoring to setting up and deploying malicious software. It’s disheartening to see news stories almost every week of youths who have gotten in trouble by illegally hacking, some before they have even entered middle school.

So, how do you keep kids on the ethical hacker path? There’s a difference between knowing the path and walking the path; it’s about cultivating an attitude. If you want your child to become a constructive contributor to security and privacy online culture, then you need to feed that in a fun and creative way. A security strategist, who mentors kids, is quoted as saying “You really have to cater to their sense of curiosity while simultaneously instilling iron-clad ethics to ensure that they do no evil.”

Steering them in the right direction begins with the basics:

Apps like Move The Turtle and Lightbot Jr. can teach the fundamentals of programming log to preschoolers. Get them involved in programs such as Scratch that offers a visual programming language designed for kids.

Explain to your child the difference between ethical (the good guys) and malicious (the bad guys) hackers. Explain to them how ethical hacking works, “You’re not allowed to penetration test anyone’s system without permission from that person.”

Appeal to their interests

Does your kid love Minecraft? Then let them build their own Minecraft mods to show them how they can creatively make a program do something else.

Help them to critically think about the technology they’re already using. Then allow them to test their scientific method to see if they are correct. Help them discover how their favorite games and programs work.

Make them work for it

Is your child asking for a new computer? You can purchase a build your own computer kit so they can learn how a computer operates. Are they asking for their own Minecraft servers? Have them learn how server configuration and setting up a server works.

Being able to think critically about any given problem is a skill that is necessary not only as a hacker but in life in general. By teaching kids critical thinking skills, you will give your child an advantage from an early age. Many kids will learn problem-solving and thinking skills in school, but there are ways that you can also help them at home. How can you cultivate this mindset? Kelly Bartlett, a writer for Green Child magazine offered some do’s and don’ts when it comes to helping your child grow into an independent, well-rounded thinker:

Helping your child to step out of their comfort zone while they are young will help them to handle responsibilities later in life. Encouraging them to think out the best course of action helps them exercise their critical thinking muscles. You can even make critical thinking fun by using age- appropriate word games, math games, brainteasers, or riddles.

The Next Generation of Hackers

At social-engineer.org, we have held competitions for both kids (ages 6-12) and teens (ages 13-17) for over 10 years at the Def Con security conference. The SECTF4Kids and the SECTF4Teens encourage future hackers to stay on an ethical course. The SECTF4Kids competition includes ciphers, puzzles, and critical thinking challenges that helps the kids hone their skills and work together on a team to complete the competition. The SECTF4Teens competition help kids learn the skills they would need to become professional social engineers. The competition even includes vishing and phishing challenges. Over those years, we have met many kids that have participated. And we can honestly say that they have inspired us with their drive, tenacity, and commitment to being good people.

One such kid is Meredith or, as we have come to know her, Merry. We have had the joy of watching her grow into an amazing young woman. We first met Merry 7 years ago, when she first competed. She has gone on to compete every single year in the SECTF4Kids and, once she was old enough, the SECTF4Teens competitions. Merry was gracious enough to let me interview her for this newsletter.

An Interview with the Future of Social Engineering:

What would you say competing in the SECTF4Kids/Teens has taught you?

It has taught me perseverance and to never give up. For instance, I could be struggling on a cipher for 2 hours, but I will eventually understand it and complete it. It has taught me how to work with others because in SECTF4Kids you work with teams, so I had to learn how to work and interact with others of all ages. My first two years, both kids were older than me, and my last years I was with a kid that was significantly younger than me. I had to learn how to explain things, without giving away too much and to make sure that they are understanding everything and still having fun. You learn to step outside your comfort zone, like when I had to ask strangers to dance or sing a song. I don’t think there was a year where I didn’t learn something new.

How have you been able to use these things in your life (friends, school, etc)?

I learned how to think outside the box. Which has helped me in school and STEM Fair competitions (she’s too gracious to say that she has placed first in her state competition). It helped me look at things in a different way. Also, learning how to interact with younger kids has helped me a lot in my school programs. I learned how to write well-written emails, from when I was learning to write phishing emails in the SECTF4Teens. I’ve even taught my friends ciphers, like the Caesar cipher, so we could pass notes in class so no one else knew what we were saying. (Not SEORG approved, but we are impressed.)

What happened on your first day of math class with a new teacher?

It was the first day of math class and my teacher had made the joke that no one could find his Instagram, he said that it was impossible. So, I looked to the sophomore next to me and asked for his phone and within 2 minutes not only had I found his Instagram, but I had also found his Facebook, LinkedIn, and his Myspace (which I didn’t know people still had). Then I showed him and proceeded to write the usernames to all of them on the whiteboard. Which then got texted to most of the school. Which completely shocked him, and he no longer dares anyone to find his social media.

Now is the Time

The future is now. Our youth need and deserve to have the tools and education to make good choices today that will enable them to succeed and flourish in the future. In light of this, are you in a position to mentor or work with young hackers? Reach out those in your community and online infosec communities to see how you can help! Merry is just one of many young ones that we have met over the past few years. We have seen how they flourish when they are not only challenged but led to do the right thing. Many have chosen several different paths as they have gotten older and we are proud of each of them. They have also taught us that now is the time to work with the future.

“Education is the passport to the future, for tomorrow belongs to those who have prepared for it today.” — Malcom X

The post The Next Generation of Hackers appeared first on Security Through Education.