In the new work from home paradigm, zero trust and SASE should take the place of the traditional sledgehammer VPN approach

The security world was already changing ahead of the global work from home (WFH) phenomenon. VPNs don’t go far enough for application security and delivery in connecting the modern enterprise world, which includes users, teleworkers and even IoT networks of devices.

VPNs took hold in the late 1990s to provide encrypted tunnels for all applications, looping them back to a corporate network and then out to the cloud.  However, the IT world—especially workloads and applications—has vastly changed and VPNs are no longer able to keep up.

Let’s call this the VPN sledgehammer approach and it creates three definable problems:

How VPNs Break Down With Remote Connectivity Spikes

To further examine the problems presented in the sledgehammer VPN method above, we explain why concentrators become a bottleneck. Most enterprises still have a hub-and-spoke network. For example, their apps are hosted in both (1) a private data center and (2) a public cloud.  Often, there will be one MPLS WAN link to each, and often it will be from one site—let’s say from HQ, due to the MPLS expense.

Now, with work from home, a user will need to log on to the VPN to the nearest corporate VPN concentrator. That connection then follows a spoke to HQ. From there, the connection uses the MPLS WAN links from HQ to the private data center and cloud, creating a path of:

There are clear problems here…

In the best case, VPNs are adding latency to each and every transaction. Think of the productivity inefficiency alone in this scenario.

In worst-case scenarios, we may have:

And that’s a simple example,  Multiply it times many data centers, clouds and users … and you see the nightmare IT is facing with the sledgehammer VPN approach. 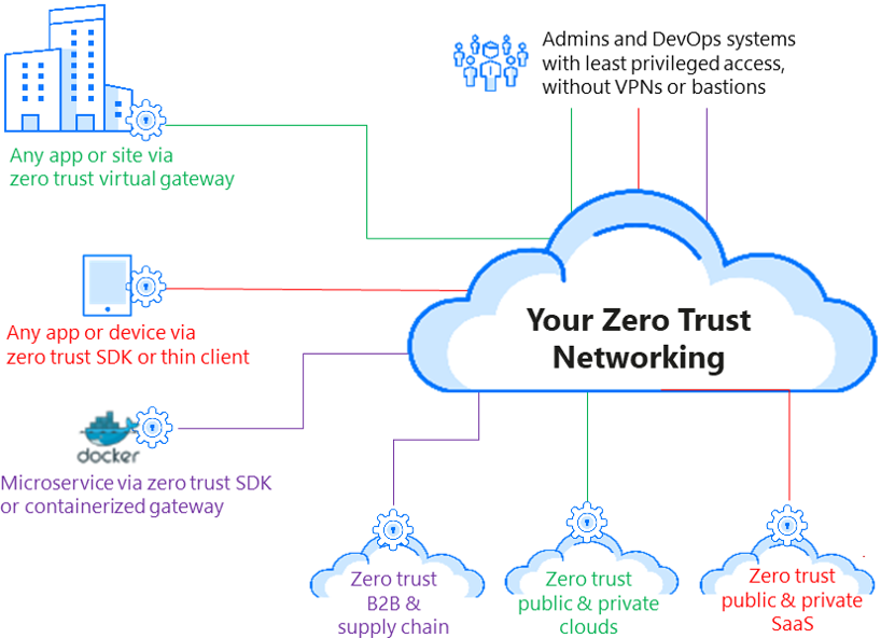 Fortunately, IT has recently started to implement zero trust networking and SASE architectures. Fancy tech terminology aside, it eliminates insecure VPNs and results in direct routing between user/app and destination—no more extra latency and failure points, and no provisioning of concentrators or even MPLS links.

IT and networking industry veteran Galeal Zino serves as CEO of Charlotte based NetFoundry. The company is leading the charge to a software only approach-- providing zero trust, SASE networking as a service (NaaS), enabling IT to get up and running straight away, but IT should look at multiple zero trust networking options, as they all can help IT support this unprecedented work from home challenge.

Shlayer Strikes Again Through Zero-Day in MacOS 11.3
How to Solve the Cybersecurity Skills Gap
Cybersecurity Fosters Competitive Advantage
Specter of Spectre is Back, in New Micro-Op Cache Vuln
The New Wave of Cybersecurity Awareness Training
Cyber Security Roundup for May 2021
CPDP 2021 – Moderator: John Davisson ‘Student Privacy At Risk Under Covid-19: Online Test Proctoring Brings AI And Surveillance Into Students’ Homes’
Biden on cyber security after 100 days: A good start, but now comes the hard part
The Death Star’s Demise: Can You Trust Your IoT Vendors?
Six things you have to know about ITAR compliance