by Gary Warner, UAB on December 5, 2019
The Department of Justice announced last week that they were indicting the CEO of Air Peace for bank fraud and money laundering.

I had some difficulty finding the indictments for this case on PACER.  It turns out I couldn’t find it in PACER because the court system decided that “Allen Ifechukwu Athan Onyema” should be listed in PACER with the last name “Athan Onyema”, not “Onyema.”

A friend shared a copy of the indictment from Guardian.ng, which has had some interesting articles, such as this one: 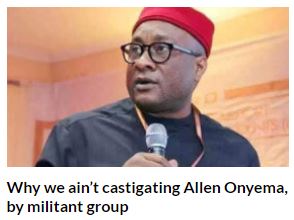 Why we ain’t castigating Allen Onyema, by militant group

which says in part “We expect Allen Onyema to put up a good defence for himself. So far, no American bank has accused him of defrauding or absconding with its money. He is innocent until proven guilty.” … which just shows that the Joint Revolutionary Council’s spokesperson also didn’t read the court documents, because that is EXACTLY what he is accused of!

Onyema is well-loved by many, earning wide admiration and praise for recently using his planes to repatriate many Nigerians who found themselves being shunned by xenophobia in South Africa, as was described in this BBC Pidgin article:

Reading the indictment was VERY interesting.  I had previously suggested on Twitter that Onyema was buying imaginary airplanes, but that was NOT the case!  The airplanes are REAL and various plane spotter types have the planes with those Manufacturer numbers listed as now being property of Air Peace, which boasts a growing fleet of planes, which are listed here:

The problem was that fake Lines of Credit, fake Appraisals, and fake Purchase documents all claimed Onyema was buying these planes from Springfield Aviation, when in fact, he had ALREADY BOUGHT THEM FROM OTHER OWNERS!  He basically bought all the planes TWICE and then bonused the money back to himself from Springfield.  He paid Springfield over $20M for the planes he already owned, and then over the course of many months, Springfield sent him back $15M of the same money.

A LOT of money was then moved into that account, mostly from charities in Nigeria that Onyema controlled, including “All-Time Peace Media Communications” and “Foundation for Ethnic Harmony.”

Onyema used the money to go shopping.  Prada, Neiman Marcus, Macy’s, Louis Vuitton, the Apple store, a $180,000 Rolls Royce, a $88,500 Mercedes.  Over the course of eight years, $44.9 million was transferred from foreign accounts into Onyema’s personal accounts at Bank of America, Wells fargo, and JP Morgan Chase.  Mostly from the “charities” that he was running back in Africa, including Foundation for Ethnic Harmony, International Center for Non-Violence and Peace Development, All-Time Peace Media Communications Limited, and Every Child Limited.

In July 2016, Onyema opened a Wells Fargo checking account in Atlanta (WF 8621) in the name Springfield Aviation Company, LLC.  He regularly spent money from that account for personal expenses, including grocery shopping at Publix, shopping at Macy’s, DSW, staying at the Ritz Carlton, and eating at various restaurants.

In November 2017, Onyema opened new bank accounts in the name of “Springfield Aviation Company, LLC” but he was the sole authorized signatory.

The stories of his double-purchased planes are told in six “Letters of Credit” scenarios in the indictment.

On or about February 10, 2017, Wells Fargo transferred $1,982,228.46 into Springfield Aviation’s Wells Fargo account, WF 8621.  According to the court documents, however, the plane he was purchasing was already owned by Air Peace! Planespotters shows that it was registered to Air Peace  (new registration: 5N-BUJ … and that the previous owner was Aurora, a Russian airline, who used the Registration number RA-73013, but notes they stored the plane at an airport in Tallin until 09JUN2016.) 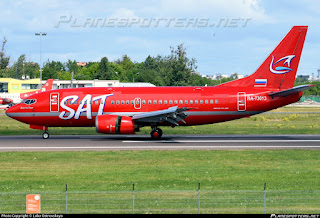 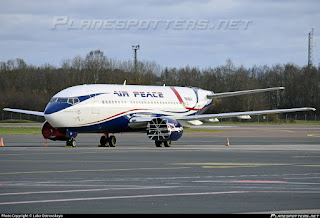 The plane, while being repainted as Air Peace (note the tail is not yet reattached)
https://www.planespotters.net/photo/943421/5n-buj-air-peace-boeing-737-5l9

Both of those photos were taken in Tallin, Estonia, where the previous owner stored the plane before selling it to Air Peace.

The court documents say the second plane was purchased by Air Peace from AerSale Inc on April 25, 2017 for $3,751,460 USD.  This is consistent with the history of that plane, which was previously sold by AerSale to Air Nigeria, and afterwards leased several times before being sold to Air Peace:

Wells Fargo received a credit request from Fidelity Bank of Nigeria saying that Air Peace was going to buy the plane for $4,750,000 from Springfield Aviation.  BUT SPRINGFIELD NEVER OWNED THE PLANE!  A company with no history of aviation, JMI LLC, provided a “full aircraft appraisal” saying the plane was worth $5,500,000 and Wells Fargo transferred $4,750,000 from Onyema’s accounts into Springfield Aviation’s Wells Fargo account, WF 8621, on April 25, 2017.

On November 29, 2017, Well Fargo transferred $4,899,690 to Springfield Aviation’s Wells Fargo account WF 8621 FOR A PLANE THAT HAD ALREADY BEEN PURCHASED FROM JETRAN nine months earlier!

In April 2017, Wells received ANOTHER letter of credit request FOR THE SAME PLANE, but this time, claiming it would be purchased for $4,500,000 from Springfield Aviation.  On June 19, 2017, Wells Fargo transferred $4,499,900 to Springfield Aviation’s Wells Fargo 8621 account, FOR A PLANE THAT SPRINGFIELD NEVER OWNED and that Onyema had already purchased from Aero Acquisition SIX MONTHS EARLIER!

None of the plane spotter photos of this plane are the Air Peace version…but its also a very real plane.

This is the second plane previously mentioned having been purchased in May 2017 from Jetran, LLC.  Again, a new letter of credit arrives, this time to JPMorgan Chase Bank.

On Feb 20, 2018, JPMorgan Chase transferred $4,087,028 to Springfield Aviation’s JPMC 5512 bank account, FOR A PLANE THAT Onyema had already bought 9 months earlier from Jetran!

The plane was photographed with its Air Peace paint job and registration 5N-BUL in February 2018: 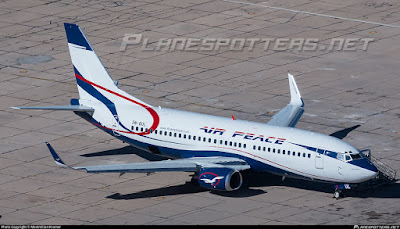 After being paid $20,218,846 for planes it never owned, what happened next?
Springfield began sending the money back to Onyema.  All of the transfers listed below were sent from the Springfield Aviation bank accounts back to Onyema’s personal accounts.

After sending back to Onyema $15,140,000, Onyema then tries to get the money out of the United States.  In August 2018, Onyema created Bluestream Aero Services and Springfield Aviation Company in Ontario, Canada.  He opened accounts for the companies at Bank of Montreal and sent $10 Million (in November 2018) from his personal Wells Fargo account to those bank accounts in Canada.

Based on the timing of the court documents, moving $10 Million out of the country is likely to be what triggered the investigation.  While the original Criminal Complaint is still “sealed”, it was filed one month after the wire transfers to Canada.  So, while the indictments and arrest warrants were only issued on November 19, 2019, the court case began in December of 2018 with the “magistrate complaint.”

As my many Nigerian Twitter followers are reminding me, everyone is Innocent until proven Guilty, but what I have learned through many years of watching the American Justice system, they don’t unseal federal indictments until their evidence is rock solid!  When you cause charities you control to send you $44 Million dollars, and then you create fraudulent documents to pay a company you control $20 Million US Dollars for airplanes that you already own, and then send most of that money back to your private banking accounts, and then try to get that money out of the United States into Canada, I think it is plain to see crimes have been committed.

Of course this doesn’t stop the Nigerian media from running stories stating that “the allegations of financial misdeeds against [Onyema] as a deliberate attempt to kill Air Peace and deepen the unemployement crisis in the country.”

*** This is a Security Bloggers Network syndicated blog from CyberCrime & Doing Time authored by Gary Warner, UAB. Read the original post at: http://garwarner.blogspot.com/2019/12/air-peace-ceo-charged-with-millions-in.html

Joy Of Tech® ‘Its Always Listening’