We sat down with some women in tech recently to find out what progress the industry’s made in achieving gender balance—and what it could be doing better.

Stories of women in the tech industry can be both inspiring and frustrating. And both were on display in a recent Synopsys webinar titled Women in Tech: Get Inspired, hosted by Jenny Eng, marketing programs manager for Synopsys Software Integrity Group.

Eng spoke with Ksenia Peguero, senior research lead, and Apoorva Phadke, associate principal consultant, about the reality that, as the introduction noted, while there are “dedicated champions” who work to empower women in the sector, the industry overall “lags far behind the overall U.S. workforce when it comes to closing the gender gap.”

The tech sector “employs fewer women in any position—even fewer in technical positions—and is fed by an educational system with a stubborn gender imbalance.”

Watch the webinar on demand

Deliberate efforts to support women in tech are moving the needle

That doesn’t mean there’s been no progress. By multiple statistical measures, things have improved during the past five years. Today, women are no longer on the tech fringe. Increasingly, they are on center stage.

Sandra Toms, vice president and curator of the massive RSA security conference, which draws more than 40,000 people to San Francisco every spring, noted that 32% of speakers overall at this year’s event were women. In addition, 46% of the keynotes were delivered by women.

That’s not an anomaly. An increasing number of tech organizations are created by, and for, women. More companies are offering schedules and benefits that encourage both women and men to spend more time with their families and communities outside work.

The number of female “stars” in the industry is also growing. We’ve covered a few of them on this site, including Tanya Janca, Chenxi Wang, and Rachel Tobac. And in 2017, Gary McGraw, former vice president of security technology at Synopsys, interviewed women tech experts in every episode of his monthly Silver Bullet Security Podcast.

According to at least one estimate, women will make up 20% of the CyberSec workforce by the end of the year, up from 11% in 2013.

But there’s still a lot of progress to make

And yet—and yet—women who work in cyber security know from daily experience that the field still has a way to go before it is truly gender blind. They say success is still a heavier lift for them than for men. 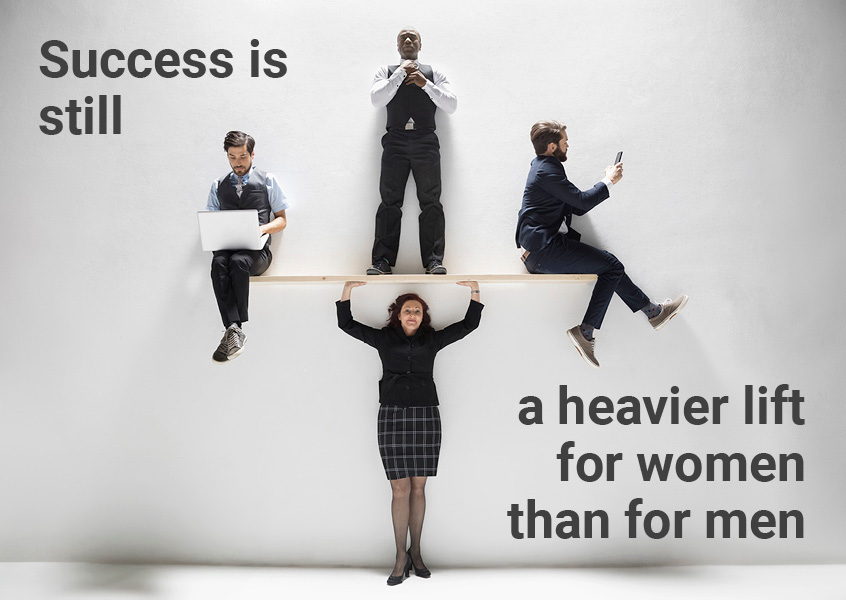 It’s not just about the percentage of females on the payroll, company policies, or even who the bosses are, although those things matter. It’s that men have dominated tech culture for so long that progress remains incremental and can be spotty—some situations reflect much more equality than others.

Indeed, there are two ways to look at the workforce statistic above. One is that the percentage of women in the field nearly doubled in just six years. The other is that men still outnumber women 4:1. Either way, the glass remains a long way from half full.

What will it take to close that gap? These were the main issues of the discussion:

One factor, all three speakers agreed, is perception. Peguero told of when she was a college student and a friend helped her get a job at a startup that designed games.

The friend “asked her boss if he wanted to hire this programmer she knew. As she was talking to the guy, his eyes went very wide, and he said, ‘She? It’s a girl? A programmer?’ He couldn’t believe that this could happen.”

While her story’s amusing at one level, it’s also an example of the persistent stereotype that women can’t have technical aptitude or skill.

Later, Peguero said that in tech and other industries as well, “men have a priori authority, and women don’t.”

Phadke said she deals with this attitude as a consultant. “Sometimes it’s hard for male clients to accept that a woman is going to solve their problems,” she said. “Every time I meet a new client, I have to prove that I am going to solve their problems and I’m good at it. I have to prove myself over and over again. I don’t see my male colleagues having the same problems.”

In an interview this week, Peguero said the boss from her college years probably wouldn’t be surprised today that a woman was a programmer. “I think things are moving in the right direction,” she said. But to speed up the process, she added, “we need to have more publicity for women developers and women engineers in general, such as featuring them in mass media stories, articles, movies, etc.”

Encourage work-life balance across the organization

All three participants in the webinar are mothers. Peguero and Phadke have young children. Eng is now on maternity leave. And they said the challenge of parenthood is not simply that they have to be much more efficient with their use of time but that most tech workplaces are still not geared toward balancing the competing demands of life.

Peguero said she chose to move from consulting to research since it would involve less travel. But it’s been a major adjustment to eliminate work in evenings and on weekends. “I need to be very organized during eight hours, the real work hours, to get everything done,” she said.

Phadke, whose job as a consultant still involves considerable travel, said she more frequently has to refuse extended travel and overtime. “I say yes only when the travel is sort of flexible so I don’t need to be on the road for two weeks at a time,” she said.

And then there are the “little” things that actually aren’t so little. “There’s an unconscious bias in the industry today,” Phadke said. “A lot of times, people don’t even know it’s happening.”

She said a friend from another company was complaining that “success parties” were always dinners or happy hours—which meant she could never attend, because she needed to be at home with her family.

“Maybe they could do a lunch thing,” she said.

It isn’t enough simply to recruit women for jobs in tech, the participants said. Employers also have to keep them. And that means providing support—mentors, sponsors, and a path to promotions.

It’s also important, Phadke said, to know that a mentor and a sponsor are not the same.

“A mentor is somebody who is giving you advice on how to take your career forward,” she said. “A sponsor is somebody in a position of authority in your own organization who is your active champion, who is going to give you that first chance. A lot of women don’t have that. And there’s nothing like it. So, hire more women in positions of leadership.”

RELATED: Why it’s important for men in leadership positions to mentor women

Recognize that different is good, and confidence is key

Among the key takeaways from the webinar was that women need to take some responsibility for pushing for change. Instead of “trying to be more like men,” women—and their employers and colleagues—should realize that being different adds value.

Phadke said confidence plays a role as well. She said that sometimes in group situations, she wouldn’t raise her hand to respond to a question, even if she knew a lot about it. By contrast, “a lot of times my male peers would raise their hands even if they knew only 10% of it.”

She would ask herself later, “Why didn’t I raise my hand? I know so much more than my male peer knows.”

In the interview this week, Peguero said men in the tech industry can help by supporting the expertise of their female colleagues. “They should give due respect to the woman’s professional knowledge and let her handle the interaction when she is the expert, especially when the man is a manager or a superior,” she said, adding that “a lot of our colleagues are great at that.” 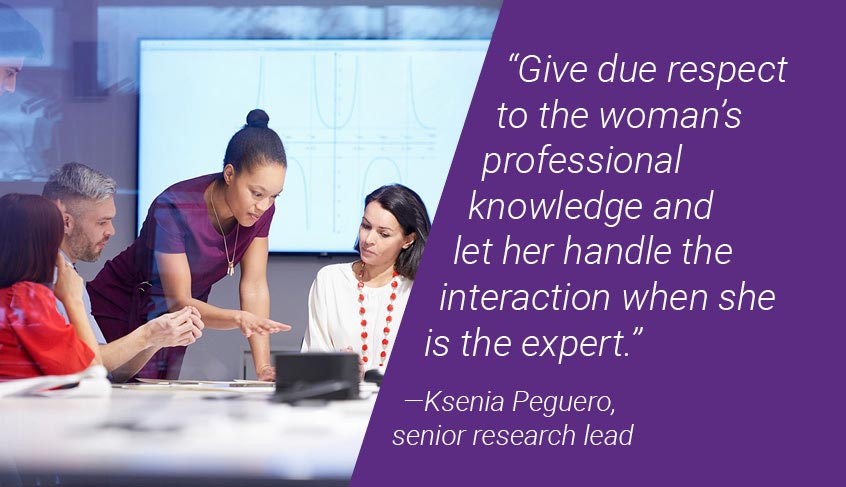 But she said there needs to be a cultural shift as well. “Featuring more women as experts in the industry at conferences, webinars, articles will help this problem, as well as creating role models in public culture,” she said.

RELATED: The women of Synopsys tell us what’s on their minds

*** This is a Security Bloggers Network syndicated blog from Software Integrity Blog authored by Taylor Armerding. Read the original post at: https://www.synopsys.com/blogs/software-security/women-in-tech/

Cisco Pwned by ‘Russian’ Gang — Data Leaked, Egg on Face
Black Hat 2022 Trip Report
OCSF Promises to Advance Cybersecurity Data Sharing
Cowbell Cyber Allies With Swiss Re on AWS Cyberinsurance
Lowering Cyberinsurance Premiums with Managed Security Services
Ransomware attack blamed for closure of all 7-Eleven stores in Denmark
K8s Tutorial: Use Polaris to Quickly Identify Kubernetes Security, Reliability and Efficiency Issues in Your Cluster
The state of cybersecurity: ‘Things are going to get worse before they get better,’ Krebs tells Black Hat 2022
What is a Zero Trust Environment? | HYPR
Supply Chain Cybersecurity – the importance of everyone