The final Cyber Security Roundup of 2018 concludes reports of major data breaches, serious software vulnerabilities and evolving cyber threats, so pretty much like the previous 11 months of the year.

5.3 millions users of “make your own avatar” app Boomoji had their accounts compromised, after the company reportedly didn’t secure their internet connected databases properly. “Question and Answer” website Quora also announced the compromise of 100 million of its user accounts following a hack.

A large data breach reported in Brazil is of interest, a massive 120 million Brazilian citizens personal records were compromised due to a poorly secured Amazon S3 bucket. This is not the first mass data breach caused by an insecure S3 bucket we’ve seen in 2018, the lesson to be learnt in the UK, is to never assume or take cloud security for granted, its essential practice to test and audit cloud services regularly.

Amongst the amazing and intriguing space exploration successes reported by NASA in December, the space agency announced its employee’s personal data may had been compromised. Lets hope poor security doesn’t jeopardise the great and highly expensive work NASA are undertaking. 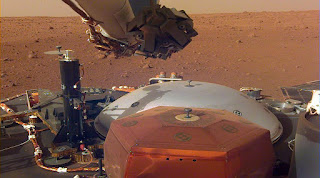 It wouldn’t be normal for Facebook not to be in the headlines for poor privacy, this time Facebook announced a Photo API bug which exposed 6.8 million user images

Away from the political circus that is Brexit, the European Parliament put into a law a new Cybersecurity Act. Because of the Brexit making all the headlines, this new law may have gone under the radar, but it certainly worth keeping an eye on, even after UK leaves the EU. The EU Parliament has agreed to increase the budget for the ENISA (Network & InfoSec) agency, which will be rebranded as the “EU Agency for Cybersecurity”. The Cybersecurity Act will establish an EU wide framework for cyber-security certifications for online services and customer devices to be used within the European Economic Area, and will include IoT devices and critical infrastructure technology. Knowing the EU’s love of regulations, I suspect these new best practice framework and associated accreditations to be turned into regulations further down the line, which would impact any tech business operating in European Union.

The UK Parliament enacted the “The Health and Social Care (National Data Guardian) Act”, which also went under the radar due to all the Brexit political noise. The act requires the appointment of a data guardian within England and Wales. The data guardian will publish guidance on the processing of health and adult social care data for use by public bodies providing health or social care services, and produce an annual report.

Security company Insinia cause controversy after it took over the Twitter accounts by Eamon Holmes, Louis Theroux and several others celebs. Insinia said it had managed the account takeover by analysing the way Twitter handles messages posted by phone, to inject messages onto the targeted accounts by analysing the way the social network interacted with smartphones when messages are sent. However, Insinia were accused of being unethical and breaking the UK Computer Misuse Act in some quarters.

Unsecured internet connected printers are being hacked again, this time they were used to sent print out messages of support for Swedish YouTube star PewDiePie. A hacker named TheHackerGiraffe was said to have targeted up 50,000 printers after using Shodan to search for open printer ports online, the scan was said to have found 800,000 vulnerable printers.
An Financial Conduct Authority (FCA) report warned UK banks about their over-reliance on third-party security providers. The FCA said companies “generally lacked board members with strong familiarity or specific technical cyber-expertise. External expertise may be helpful but may also, if overly relied on, undermine the effectiveness of the ‘three lines of defence’ model in identifying and managing cyber-risks in a timely way. The report also warned about supply-chain security, especially the role that firms play in other organisations’ supply chains.

*** This is a Security Bloggers Network syndicated blog from IT Security Expert Blog authored by Dave Whitelegg. Read the original post at: http://feedproxy.google.com/~r/securityexpert/~3/GzhEJ4Di5OY/cyber-security-roundup-for-december-2018.html