Whilst I am sure more details behind the Marriott data breach will slowly come to light over the coming months, there is already plenty to reflect on given the initial disclosures and accompanying hypotheses.

With the prospects of regulatory fines and lawsuits looming, assimilating the sheer magnitude of the numbers involved is naturally alarming. Up to 500 million records containing personal and potentially financial information is quite staggering. In the eyes of the Information Commissioner’s Office (ICO), this is deemed a ‘Mega Breach’, even though it falls short of the Yahoo data breach. But equally concerning are the various timeframes reported.

Marriott said the breach involved unauthorised access to a database containing Starwood properties guest information, on or before 10th September 2018. Its ongoing investigation suggests the perpetrators had been inside the company’s networks since 2014.

Starwood disclosed its own breach in November 2015 that stretched back to at least November 2014. The intrusion was said to involve malicious software installed on cash registers and other payment systems, which were not part of its guest reservations or membership systems.

The extent of Marriott’s regulatory liabilities will be determined by a number of factors not yet fully in the public domain. For GDPR this will include the date at which the ICO was informed, the processes Marriott has undertaken since discovery, and the extent to which it has followed ‘best practice’ prior to, during and after breach discovery. Despite the magnitude and nature of breach, it is not impossible to imagine that Marriott might have followed best practice, albeit such a term is not currently well-defined, but it is fairly easy to imagine that their processes and controls reflect common practice.

A quick internet search reveals just how commonplace and seemingly inevitable the industry’s breaches are. In December 2016, a pattern of fraudulent transactions on credit cards were reportedly linked to use at InterContinental Hotels Group (IHG) properties. IHG stated that the intrusion resulted from malware installed at point-of-sale systems at restaurants and bars of 12 properties in 2016, and later in April 2017, acknowledging that cash registers at more than 1,000 of its properties were compromised.

Therefore perhaps, the most important lessons to be learnt in response to such breaches are those that seek to understand the factors that make data breaches all but inevitable today. Whilst it is Marriott in the news this week, the challenges we collectively face are systemic and it could very easily be another hotel chain next week.

Reflecting on the role of payment (EPOS) systems and cash registers within leisure industry breaches is illustrative of the challenge. Paste the phrase ‘EPOS software’ into your favourite search engine, and see how prominent, or indeed absent, the notion of security is. Is it any wonder that organisations often unwittingly connect devices with common and often unmanaged vulnerabilities to systems that may at the same time be used to process sensitive data? Many EPOS systems effectively run general purpose operating systems, but are typically subject to less controls and monitoring than conventional IT systems.

So Why is This?
Often the organisation can’t justify having a full blown operating system and sophisticated defence tools on these systems, especially when they have a large number of them deployed out in the field, accessing bespoke or online applications. Often they are in widely geographically dispersed locations which means there are significant costs to go out and update, maintain, manage and fix them.

Likewise, organisations don’t always have the local IT resource in many of these locations to maintain the equipment and its security themselves.

Whilst a light is currently being shone on Marriott, perhaps our concerns should be far broader. If the issues are systemic, we need to think about how better security is built into the systems and supply chains we use by default, rather than expecting hotels or similar organisations in other industries to be sufficiently expert. Is it the hotel, as the end user that should be in the headlines, or how standards, expectations and regulations apply to the ecosystem that surrounds the leisure and other industries? Or should the focus be on how this needs to be improved in order to allow businesses to focus on what they do best, without being quite such easy prey? 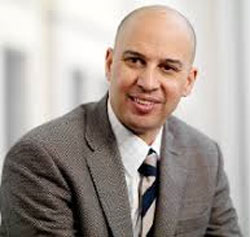 CEO and co-founder of Becrypt

*** This is a Security Bloggers Network syndicated blog from IT Security Expert Blog authored by Dave Whitelegg. Read the original post at: http://feedproxy.google.com/~r/securityexpert/~3/MWVMCgbfhqY/why-other-hotel-chains-could-fall.html