As more applications move into the cloud, it is clear governance has become a major issue. Cybersecurity criminals are now routinely looking for weak controls such as commonly used passwords that they can easily compromise. To provide cybersecurity teams tools to assess and maintain those controls, Orkus this week launched the Orkus Access Governance Platform.

Orkus CEO Manish Kalia said the company’s platform first analyzes the relationship between all the data and infrastructure that makes up the IT environment. It then employs machine learning algorithms in the form of a Graph AI capability using graph databases to determine who has access to what service and how frequently that service is being invoked.

Finally, there an Orkus Access Intelligence module that provides the ability to search, investigate and audit authorizations of cloud infrastructure both currently and historically.

Each of those capabilities is made available as part of a cloud service that is priced based on the number of workloads and applications that need to be secured.

Kalia said increased reliance on cloud services requires cybersecurity professionals to adopt new tools to protect data and make sure unauthorized individuals are not able to access it. Unfortunately, credentials are compromised all the time. The only way cybersecurity teams know is when a cybersecurity platform detects whether data is being accessed in an unusual manner. The Orkus Access Governance Platform detects that activity and enables cybersecurity teams to implement policies that allow data to only be accessed by specific individual in ways that are consistent with previous data interactions, he said. 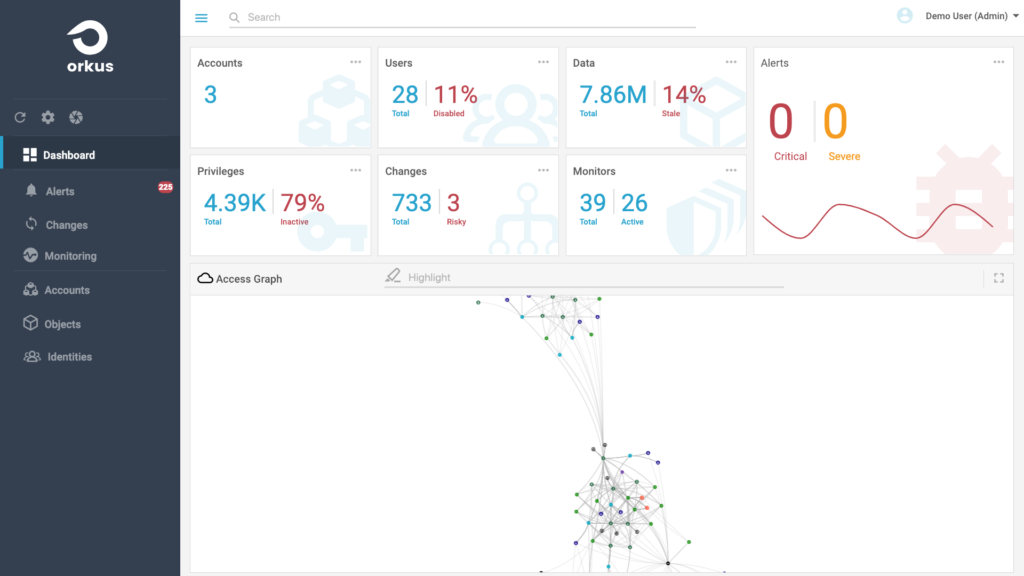 As more data pours into various cloud platforms, the amount of data at risk is increasing exponentially for each organization. Not too long ago a breach could be contained within the context of a single IT application or system running in an on-premises IT environment. Today, everything in the cloud is interconnected. Faced with that new IT reality, cybersecurity teams that are already chronically short-staffed are not able to manually check every configuration. The only way to level the proverbial playing field as the number of attack surfaces increases is to rely more on automation enabled by machine and deep learning algorithms.

Of course, not every cybersecurity team may fully trust those algorithms. But as the algorithms continue to learn over time, they increasingly will become more precise than most mere cybersecurity mortals could ever hope to accomplish on their own.