PureSec announced that it had completed a $7 million series A round. The round was led by Square Peg Capital (which invested in Uber, Stripe and Fiverr), and joined by previous investors TLV Partners (Next Insurance and container security company Aqua) and Entrée Capital (Meerkat, Monday and Prospa); PureSec’s capital raised is now $10 million in total.

PureSec, founded in 2016, was the first company to identify the need for a unique security solution for serverless applications; it received a $3M seed round in 2017, and developed the world’s first end-to-end Serverless Security Platform which secures serverless applications and protects them in real-time. PureSec is the only AWS Lambda security advanced technology partner.

Following the current round, Square Peg Capital’s Dan Krasnostein has joined as a member of the PureSec board. 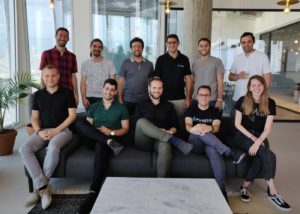 “PureSec is pioneering the serverless security industry, and is poised to become the gold standard for securing serverless applications,” said Dan Krasnostein. “With many organizations adopting cloud-native serverless platforms, application security and visibility rank among the most critical hurdles for mass adoption. The PureSec team has accomplished impressive goals in 2018 – it positioned itself as the clear leader in serverless security, raising awareness and educating the industry about the security risks and challenges that organizations must consider when adopting serverless, it launched the world’s first serverless security platform, acquired new customers, and forged strong partnerships with the leading serverless providers. Square Peg Capital looks forward to helping PureSec scale up its business and attain the next phase of growth.”.

PureSec has also announced the release of a free-tier plan. The plan will help organizations to adopt serverless architectures and to implement security from the start. “We’re on a mission to protect each and every serverless application out there,” Said Shaked Zin, PureSec Co-founder and CEO. “Transitioning to serverless can reduce the future attack surface of your organization to a bare minimum. With the experts of the cloud provider making sure your infrastructure is secure and with the right Serverless Security Platform to enable you to protect the application-layer, your serverless application could be the most secure application you’ve ever had”.

PureSec has also announced tha the first sign-ups for the PureSec free-tier plan will get an exclusive advisory and training session from the security experts on the PureSec team, tailored to their serverless environment.