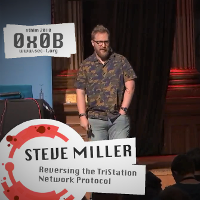 One of the highlights at this year’s
SEC-T conference in Stockholm was
Steve Miller’s talk titled
“Reversing the TriStation Network Protocol“.
In this talk Steve covered his quest to better understand the TRITON malware,
which had been used in a targeted attack of an industrial control system (ICS).
Steve didn’t disclose the type or location of the plant, saying “Don’t ask me who it was, ‘cause I can’t say”
when the Q&A started. However, an
article in the Wall Street Journal
points out that it was a petrochemical plant in Saudi Arabia that had been hacked.

The TRITON malware (also called TRISIS) was used to target a safety instrumented system (SIS)
from Schneider Electric called Triconex. A SIS is typically not used to control the process of a plant,
but rather to detect abnormal operating conditions and safely shut down the industrial process if needed.

I could elaborate a lot regarding the consequences of attacking the SIS, but the good guys from Dragos have already
done a great job explaining this in their
“TRISIS Malware” report.

The communication protocol used by the Triconex controllers is called TriStation, which is a proprietary protocol.
This means that there were no publicly available specifications available for the protocol at that time.
There was also no Wireshark dissector that could parse TriStation traffic. Nevertheless, Steve’s initial reaction
to this was “Awesome, undocumented things are my favorite things!” 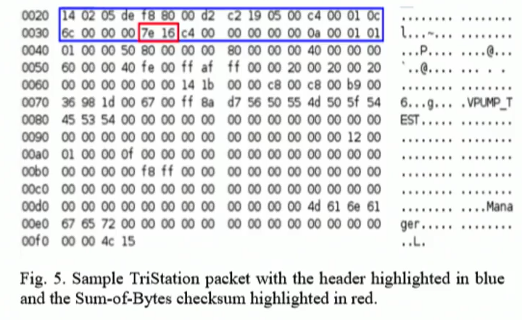 Armed with only the hexdump and Wireshark’s
text2pcap Steve managed to piece together an
actual PCAP file containing a single frame with a TriStation packet inside. 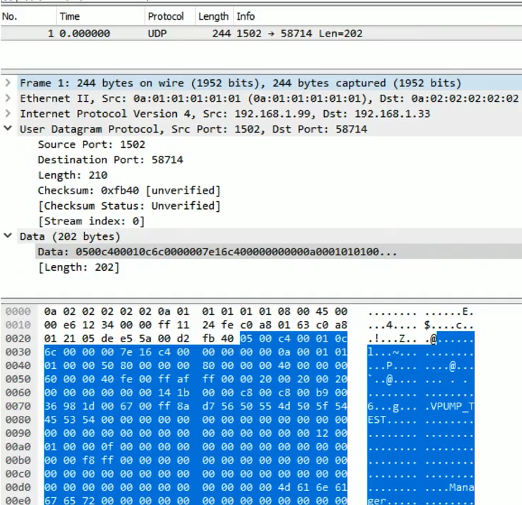 The Importance of Sniffing ICS Traffic

I’ve been trying to convince asset owners, who use ICS in their power plants, factories,
water treatment facilities etc, to start
capturing the network traffic and storing it as PCAP files
for many years now. However, asset owners sometimes try to argue that there is no point in capturing their traffic since
it is using a proprietary protocol. Even Ralph Langner has opposed to the idea of capturing ICS network traffic in
a blog post,
which I have criticized.
So, how difficult is it to write a parser for a proprietary protocol?

I have personally implemented support for over 30 application layer protocols in
NetworkMiner,
but unlike Steve I’ve always had access to at least one PCAP file and some form of documentation of the protocol.
However, I’ve found that many real-world protocol implementations don’t follow specifications properly.
In these cases I’ve found that having access to PCAP files with real-world network traffic is more
important than having a full protocol specification.

Steve’s SEC-T talk also proves that ICS protocols are no different,
since they too can be reverse engineered without having a protocol specification or RFC.

Capturing network traffic in ICS networks is never wrong. There might not be parsers available today for
all the protocols you’re using. But once a parser or IDS signature becomes available for the protocol you’re using,
you can simply use that to analyze previously captured network traffic from your ICS network.
Also, in the wake of an incident you might actually end up writing a parser (as in the TRITON case)
or a custom IDS rule, in which case having historical network traffic from your plant in invaluable!

For more information on this topic I’d suggest reading my blog post titled
“Monitor those Control System Networks!” from 2011,
which still is highly relevant.

And remember: PCAP or it didn’t happen!

*** This is a Security Bloggers Network syndicated blog from NETRESEC Network Security Blog authored by Erik Hjelmvik. Read the original post at: http://www.netresec.com/?page=Blog&month=2018-09&post=Reverse-Engineering-Proprietary-ICS-Protocols