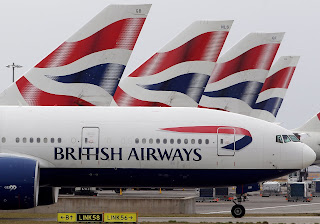 Details of how the hack was orchestrated have now come to light. In a blog post RiskIQ researchers have claimed to have found evidence that a web-based card skimmer script was injected into the BA website, very similar to the approach used by the Magecard group, who are believed to be behind a similar attack against the Ticketmaster website recently. Web-based card skimmer script attacks have been occurring since 2015.
In this case, once the customer has entered their payment card details and then submits the payment either on a PC or on a touchscreen device, the malicious script executes and captures their payment card data, sending it to a virtual (VPS) server hosted in Romania. The server was hosted on a domain called baways.com and was certified (https) by Comodo to make it appear legit within the website html (code). The server domain was registered 6 days before the breach started, this obviously went undetected by BA’s security, perhaps the domain registration could have been picked up by a threat intelligence service.

Other Researchers have also claimed the BA website wasn’t PCI DSS compliant. Marcus Greenwood found files loaded from 7 external domains onto the BA website, and crucially said the BA payment page wasn’t isolating the card payment entry within an iframe, which would prevent any third-party scripts (and XSS attacks) from being able to read the payment card form fields. The Payment Card Industry Data Security Standard (PCI DSS) is required by all organisations which accept, process, store and/or transmit debit and credit cards.

Here is the advice from CEO of global cybersecurity specialist SonicWall, Bill Conner:

“Organizations and government entities carry a responsibility to consumers and civilians alike to guard their most valuable information at all cost. While the British Airways breach may not have been as detrimental as I’m sure its culprits would have liked it to be, it should serve as a wake-up call to CTOs, CIOs and CISOs. The fact is, it is early days, and the true damage done is yet to be seen. Personal information that does not change as easily as a credit card or bank account number drive a high price on the Dark Web. This kind of Personally Identifiable Information is highly sought after by cybercriminals for monetary gain. Companies should be implementing security best practices such as a layered approach to protection, as well as proactively updating any out of date security devices, as a matter of course.”

My view mass credit\debit card data (cardholder data) complete with the security code has always been targeted by cyber crooks as it is very easily sellable on the dark web, as the data only can be used in cardholder-not-present transaction fraud, where credit card holder is not physically present i.e. online, app, phone. The finger can be pointed at lack of PCI DSS compliance by merchants like BA, however, I think it is about time technology was used to improve the security of all cardholder-not-not present transactions, namely Multi-factor authentication (MFA).  While MFA on all cardholder-not-present is not a silver bullet, there is no 100% security, enforced usage across all industries would certainly devalue debit\credit card data considerably.

*** This is a Security Bloggers Network syndicated blog from IT Security Expert Blog authored by Dave Whitelegg. Read the original post at: http://feedproxy.google.com/~r/securityexpert/~3/DqkNW81gDHU/british-airways-hack-update-caused-by.html