by Gunter Ollmann on March 8, 2018
Security Information and Event Management (SIEM) is feeling its age. Harkening back to a time in which businesses were prepping for the dreaded Y2K and where the cutting edge of security technology was bound to DMZ’s, Bastion Hosts, and network vulnerability scanning – SIEM has been along for the ride as both defenses and attacker have advanced over the intervening years. Nowadays though it feels less of a ride with SIEM, and more like towing an anchor.
Despite the deepening trench gauged by the SIEM anchor slowing down threat response, most organizations persist in throwing more money and resources at it. I’m not sure whether it’s because of a sunk cost fallacy or the lack of a viable technological alternative, but they continue to diligently trudge on with their SIEM – complaining with every step. I’ve yet to encounter an organization that feels like their SIEM is anywhere close to scratching their security itch. 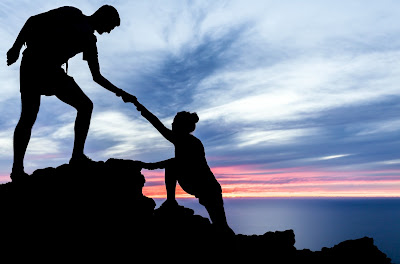 The SIEM of Today
The SIEM of today hasn’t changed much over the last couple of decades with its foundation being the real-time collection and normalization of events from a broad scope of security event log sources and threat alerting tools. The primary objective of which was to manage and overcome the cacophony of alerts generated by the hundreds, thousands, or millions of sensors and logging devices scattered throughout an enterprise network – automatically generating higher fidelity alerts using a variety of analytical approaches – and displaying a more manageable volume of information via dashboards and reports.
As the variety and scope of devices providing alerts and logs continues to increase (often exponentially) consolidated SIEM reporting has had to focus upon statistical analytics and trend displays to keep pace with the streaming data – increasingly focused on the overall health of the enterprise, rather than threat detection and event risk classification.
Whilst the collection of alerts and logs are conducted in real-time, the ability to aggregate disparate intelligence and alerts to identify attacks and breaches has fallen to offline historical analysis via searches and queries – giving birth to the Threat Hunter occupation in recent years.
Along the way, SIEM has become the beating heart of Security Operations Centers (SOC) – particularly over the last decade – and it is often difficult for organizations to disambiguate SIEM from SOC. Not unlike Frankenstein’s monster, additional capabilities have been grafted to today’s operationalized SIEM’s; advanced forensics and threat hunting capabilities now dovetail in to SIEM’s event archive databases, a new generation of automation and orchestration tools have instantiated playbooks that process aggregated logs, and ticketing systems track responder’s efforts to resolve and mitigate threats.
SIEM Weakness
There is however a fundamental weakness in SIEM and it has become increasingly apparent over the last half-decade as more advanced threat detection tools and methodologies have evolved; facilitated by the widespread adoption of machine learning (ML) technologies and machine intelligence (MI).
Legacy threat detection systems such as firewalls, intrusion detection systems (IDS), network anomaly detection systems, anti-virus agents, network vulnerability scanners, etc. have traditionally had a high propensity towards false positive and false negative detections. Compounding this, for many decades (and still a large cause for concern today) these technologies have been sold and marketed on their ability to alert in volume – i.e. an IDS that can identify and alert upon 10,000 malicious activities is too often positioned as “better” than one that only alerts upon 8,000 (regardless of alert fidelity). Alert aggregation and normalization is of course the bread and butter of SIEM.
In response, a newer generation of vendors have brought forth new detection products that improve and replace most legacy alerting technologies – focused upon not only finally resolving the false positive and false negative alert problem, but to move beyond alerting and into mitigation – using ML and MI to facilitate behavioral analytics, big data analytics, deep learning, expert system recognition, and automated response orchestration.
The growing problem is that these new threat detection and mitigation products don’t output alerts compatible with traditional SIEM processing architectures. Instead, they provide output such as evidence packages, logs of what was done to automatically mitigate or remediate a detected threat, and talk in terms of statistical risk probabilities and confidence values – having resolved a threat to a much higher fidelity than a SIEM could. In turn, “integration” with SIEM is difficult and all too often meaningless for these more advanced technologies.
A compounding failure with the new ML/MI powered threat detection and mitigation technologies lies with the fact that they are optimized for solving a particular class of threats – for example, insider threats, host-based malicious software, web application attacks, etc. – and have optimized their management and reporting facilities for that category. Without a strong SIEM integration hook there is no single pane of glass for SOC management; rather a half-dozen panes of glass, each with their own unique scoring equations and operational nuances.
Next Generation SIEM
If traditional SIEM has failed and is becoming more of a bugbear than ever, and the latest generation of ML and MI-based threat detection and mitigation systems aren’t on a trajectory to coalesce by themselves into a manageable enterprise suite (let alone a single pane of glass), what does the next generation (i.e. NextGen) SIEM look like?
Looking forward, next generation SIEM isn’t SIEM, it’s an evolution of SOC – or, to license a more proscriptive turn of phrase, “SOC-in-a-box” (and inevitably “Cloud SOC”).
The NextGen SIEM lies in the natural evolution of today’s best hybrid-SOC solutions. The Frankenstein add-ins and bolt-ons that have extended the life of SIEM for a decade are the very fabric of what must ascend and replace it.
For the NextGen SIEM, SOC-in-a-box, Cloud SOC, or whatever buzzword the professional marketers eventually pronounce – to be successful, the core tenets of operation will necessarily include:
Luckily, the NextGen SIEM is closer than we think. As SOC operations have increasingly adopted the cloud to leverage elastic compute and storage capabilities, hard-learned lessons in automation and system reliability from the growing DevOps movement have further defined the blueprint for SOC-in-a-box. Meanwhile, the current generation of ML-based and MI-defined threat detection products, combined with rapid evolution of intelligence graphing platforms, have helped prove most of the remaining building blocks.
These are not wholly additions to SIEM, and SIEM isn’t the skeleton of what will replace it.
The NextGen SIEM starts with the encapsulation of the best and most advanced SOC capabilities of today, incorporates its own behavioral and threat detection capabilities, and dynamically learns to defend the organization – finally reporting on what it has successfully resolved or mitigated.
— Gunter Ollmann

*** This is a Security Bloggers Network syndicated blog from Technicalinfo.net Blog authored by Gunter Ollmann. Read the original post at: http://technicalinfodotnet.blogspot.com/2018/03/nextgen-siem-isnt-siem.html