What May Be Ahead for Biden’s Infrastructure Plan? - Security Boulevard
Security Bloggers Network

by Lohrmann on Cybersecurity on February 7, 2021

Late this past week, the U.S. Senate approved a $1.9 trillion budget bill to fast-track Biden’s stimulus plan, which includes more COVID-19 relief. It now appears likely that this stimulus relief will be approved by March.

While the details of this American rescue plan are still not final, here’s what Biden’s plan calls for, according to CNBC:

Note that the $15 minimum wage provision was defeated in a Senate voice vote, and that provision is still undecided — and will possibly be removed.

It should also be noted that the new stimulus includes over $10 billion for cybersecurity and IT infrastructure improvements for federal agency systems, including CISA work. This interview in Threatpost describes why this is only a down payment on cybersecurity needs.

TheHill.com pointed out that $10 billion included for cybersecurity in the COVID-19 stimulus plan comes after the massive SolarWinds data breach and related issues: “$200 million is proposed to help with ‘rapid’ hiring of technology experts for the federal Chief Information Security Officer.”

The stimulus plan is the first of two major spending initiatives President Biden is seeking in the first few months of his presidency.

To get a glimpse of what might be included in this infrastructure plan, I surveyed multiple sources to capture early insights into what is likely to be proposed.

President Biden’s campaign plan to “build a modern, sustainable infrastructure and an equitable clean energy future” can be found here. The plan contains initial details of another $2 trillion investment in:

According to Supply Chain Management Review:

“‘It’s time to stop talking about infrastructure and finally start building infrastructure,’ Biden said recently. ‘Millions of good-paying jobs putting Americans to work rebuilding our roads, our bridges, our ports to make them more climate resilient, to make them faster, cheaper, cleaner to transport American-made goods across our country and around the world, that’s how we compete,’ Biden added before warning: ‘Failure to do so will cost us dearly.’

“The chief salesperson for pushing that $1 to $2 trillion agenda through Congress will be Buttigieg. …

The U.S. Chamber has begun pushing a new campaign —‘Build By the Fourth of July (BB4J).’ As the name implies, it calls on Congress to pass comprehensive infrastructure legislation into law by July 4th, 2021.  The effort includes more than 220 organizations, including major voices from business, labor and environmental groups.”

Also, consider these articles with helpful details on the needs, hopes and likely possibilities:

Haven’t We Seen This Infrastructure Movie Before?

No doubt, some readers are thinking that former President Trump also proposed massive infrastructure spending and it never happened. I wrote about those previous infrastructure plans in 2017 and again last April.

This PDF chart from Asphaltpavement.org does a nice job of describing the differences between the Trump and Biden infrastructure plans.

The Trump administration previously tried to schedule an “infrastructure week” to roll out a major plan to fix bridges and roads. But other challenges that framed so many of Trump’s plans got in the way. His infrastructure plan was never approved by Congress.

During the Biden and Obama years, infrastructure was also named as a top priority. But Republicans often blocked the sort of massive financial package that Biden is floating now, due to cost.

Only time will tell if these infrastructure proposals ever become reality, but many experts put the likelihood of passage as very high in 2021.

Looking for the latest gov tech news as it happens? Subscribe to GT newsletters. 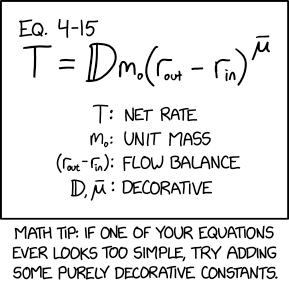