Before students started to use school apps more frequently, spotting signals pointing to self-harm or suicide was the responsibility of teachers and administrators. Now that students spend more and more time online, they’ve started using online apps as a platform for exploring and expressing their feelings.

Cyber safety in schools is an increasingly important issue. School districts of every size are grappling with the best way to detect student safety signals in digital spaces. Often, it’s putting IT admins on the front line for spotting signals of students in crisis.

Here are four things that K-12 IT admins need to understand about self-harm monitoring and suicide prevention in digital channels.

Self-harm and suicide often get lumped together when people think and talk about student safety issues. However, experts agree that the difference lies in intent.

Self-harm has a very specific definition. It doesn’t refer to things like tattooing or piercing, substance abuse, or eating disorders. It does refer to students who hurt themselves without consciously planning suicide, though some experts and research suggest that students may use self-harm to avoid their suicidal urges. The intent of self-harm is to feel alive, rather than to end life. Self-harm often results in damage to their bodies as in the case of cutting, burning, or hitting themselves.

On the other hand, when a student attempts suicide, their intent is to end their life. Suicide attempts happen less frequently but are lethal when the student succeeds. While they aren’t the same thing, there is a relationship between self-harm and suicide because in many cases, self-harm behavior can lead to suicide.

2. Self-Harm Behavior is an Indicator of Broader Issues/h3>

It’s important to get professional help for students who self-harm as quickly as possible. It will take time to address the underlying issues, and the longer the student practices self-harm, the more difficult it becomes to get them to break that habit.

Students can become addicted to self-harm because it provides a release to let their negative emotions escape. They feel relief and sometimes even experience a release of endorphins after a session of self-harm. Unfortunately, those feelings don’t last long and are often followed by feelings of shame or guilt that leads the student to want to punish themselves. Their punishment is usually more self-harm, and a vicious cycle plays out over and over again.

3. Student Self-Harm Monitoring Must Cover Both Images and Text/h3>

In many cases, students are using school apps to write things down. This could be in the form of a personal journal in Google Docs or communications with friends in Docs, Gmail, and Chat. Students find many reasons to lie to their parents, but seem to trust online communication because they feel more comfortable discussing sensitive topics when they aren’t face-to-face with others.

Every day, students are also uploading and sharing images using school apps. They may share sensitive images intentionally or by accident. In either case, schools also need to know when images depicting potential self-harm behavior are being stored and/or shared in their domain. This isn’t just a compliance issue—it’s a student safety issue.

4. IT Needs to Partner with School Resources to Prevent Student Self-Harm and Suicide/h3>

But, you also need to recognize that you are in the unique position of being able to help your district in preventing student self-harm and suicides. Your knowledge of technology allows you to manage systems that spot potential problems and give your school counselors and resources a critical advantage in their prevention efforts.

IT and student resources personnel need to be able to work together to take advantage of self-harm detection and student suicide prevention technology. IT should be able to easily, if not automatically, send potential indicators to the right district resources without spending a lot of effort trying to decide whether the indicator spotted a legitimate issue. Student resource personnel need to review those indicators to identify incidents that need follow-up and to decide how they will conduct that follow-up.

As an IT admin, you may never have thought of yourself as playing a role in K-12 cyber safety needs such as preventing self-harm and suicide among your student population. But, today’s technology makes you central to your district’s cyber safety and security. You have a unique role to fill in providing an early warning system for the mental health professionals in your district who can address these issues. 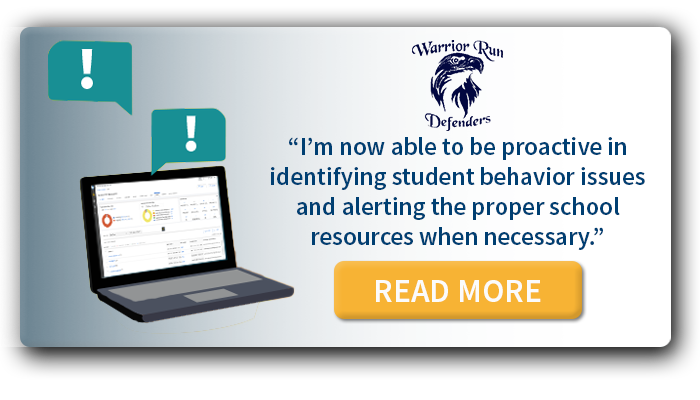 The post Understanding Student Self-Harm and Suicide for K-12 IT Admins appeared first on ManagedMethods.

*** This is a Security Bloggers Network syndicated blog from ManagedMethods authored by Katie Fritchen. Read the original post at: https://managedmethods.com/blog/understanding-student-self-harm-and-suicide/