In June 2019, Microsoft issued warnings about a phishing campaign delivering a new variant of the FlawedAmmyy remote access Trojan (RAT), and a spike in the exploitation of CVE-2017-11882 in the wild. In this blog post we take a look at some of the weaknesses of detect-to-protect technologies such as antivirus, endpoint detection and response (EDR) and anomaly detection systems, and how protect-before-you-detect technologies like Bromium addresses these weaknesses.

With detect-to-protect technologies that rely on signature updates, such as antivirus, there is a time lag from when novel malware infects a system to when it can be detected because updating and deploying new signatures takes time. This time lag increases the dwell time that the malware is resident on a system, providing a window of opportunity to an adversary to act on their objectives.

Detection using behavioural analytics, such as by EDR, have the same flaw in that they also rely on rule updates. Additionally, to get the best out of EDR, they typically require considerable tuning. Without investing considerable time and effort into creating a baseline of the monitored environment, EDR tools tend to generate a lot of false positives, particularly when trying to detect the malicious use of high risk living off the land binaries (LOLBins).

Many EDR solutions can contain infected devices from the rest of the network to stop lateral movement, but only after systems have been compromised, meaning that organisations still need to perform expensive eradication and recovery activities. Anomaly detection systems, such as those based on machine learning, also come with the penalty of remediation costs. Remediation can be an expensive affair because of the cost of conducting forensic investigations, rebuilding systems and lost productivity. Often companies pay more on remediation than the licensing cost of their security solutions.

According to Google Project Zero, it takes 15 days on average for a vendor to patch a zero-day vulnerability that is actively being exploited in the wild. Add to that the 20 days on average it takes for US federal departments to patch critical vulnerabilities and the result is that organisations are exposed to a significant window of vulnerability by zero-day exploits, even with good patch management.

Gartner recognises the value of application isolation to stop breaches. In a 2018 report, Gartner vice president Neil MacDonald argued that isolation and containment technologies are an important part of preventing damage from attacks. 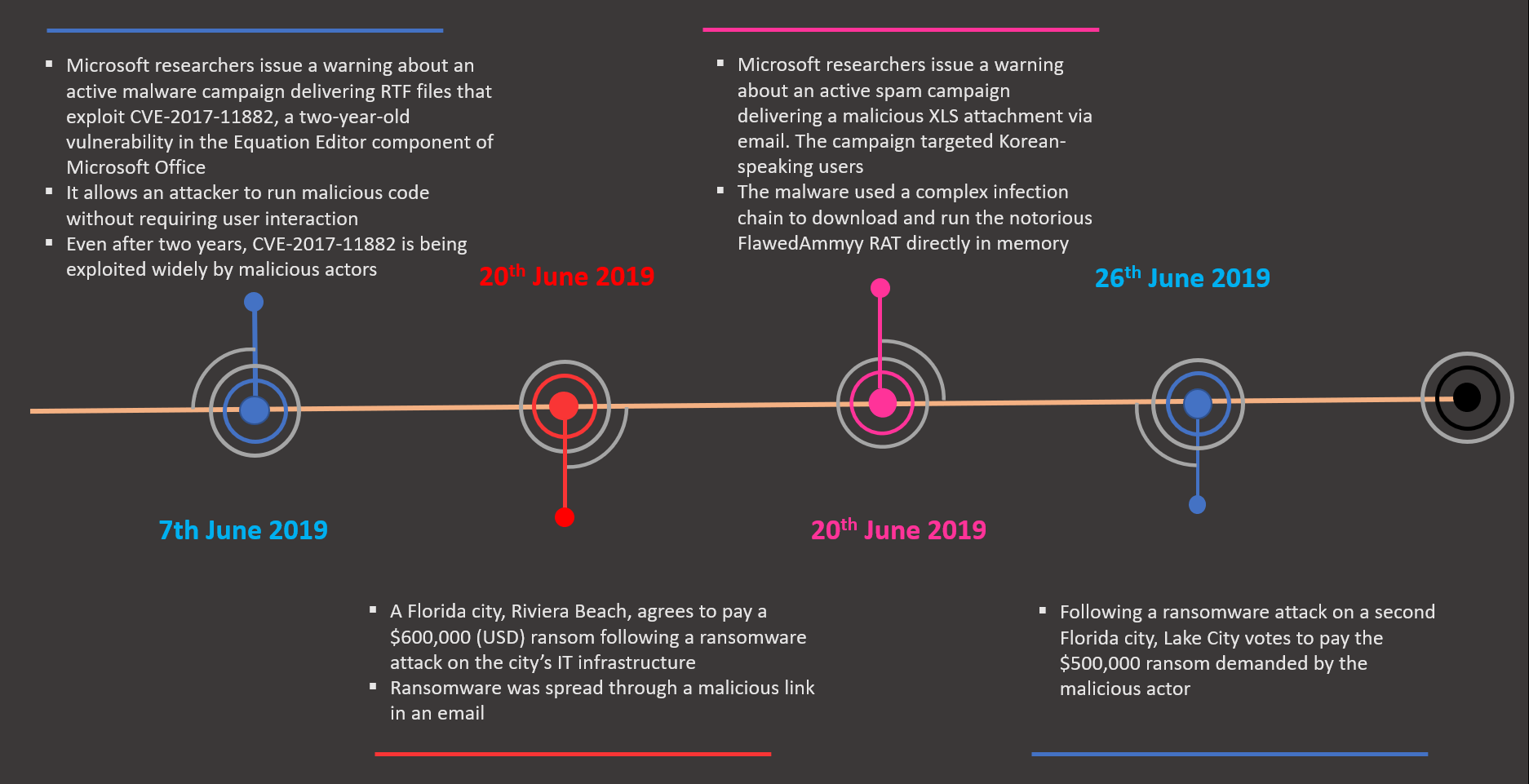 Here are a few of the malware trends we have observed in the first half of 2019:

One of the most common network security architectures is defence-in-depth (DID). The idea behind DID is to layer different security technologies to defend against common attack vectors, so that attacks missed by one technology are caught by another. There has been some work to measure the effectiveness of any given DID posture by calculating its qualities of depth, width and strength.

However, even after adopting the ideal “deep” and “narrow” DID posture, i.e. a posture that contains many security layers and minimises the number of possible attack paths (attack surface), some attacks still succeed. Additionally, DID is expensive because attack success shares an inverse relationship with the number of heterogeneous technologies (security layers) used to defend a network. Therefore, achieving the most effective DID posture is only realistic for organisations that have security budgets large enough to afford many security technologies. Unfortunately, this means that small and medium-sized enterprises are least likely to benefit from DID.

Bromium’s approach is to reduce the attack surface of the most common attack vectors so that organisations don’t need to increase the number of security layers in their networks to achieve better security. Bromium Secure Platform isolates user tasks on endpoints without disrupting the end user experience. For example, when a user clicks on an attachment containing a Word document, the document is opened inside a micro-VM, which has the same look and feel to the end user and with minimal impact on system performance.

If a document is malicious, it is fully contained in a micro-VM and the host isn’t compromised. Each micro-VM is a replica of an endpoint, created to run a single task. We delete the micro-VM after the task is completed, for instance after closing the Word document. Opening each task in a micro-VM provides an additional benefit of capturing forensic data associated with a threat and provides detailed analysis to help security teams understand the adversary’s intentions by showing what the malware tried to do on the endpoint at the time of execution.

Microsoft alerted the security community of a fresh campaign spreading a new variant of FlawedAmmyy. The variant is notable for running in directly memory and was delivered via an .xls file. But while many people were figuring out how to defend their organisations from this latest variant, for Bromium customers, it was just a regular day. Bromium Secure Platform protects against malware from untrusted files (e.g. from email attachments, removable media and downloads from the web) by isolating tasks inside micro-VMs.

Below, is the video of the new FlawedAmmyy variant captured by Bromium Secure Platform. Since the malicious .xls file runs in a micro-VM, the host machine is protected from any malicious behaviour caused by opening the file.

Here’s what the video shows: 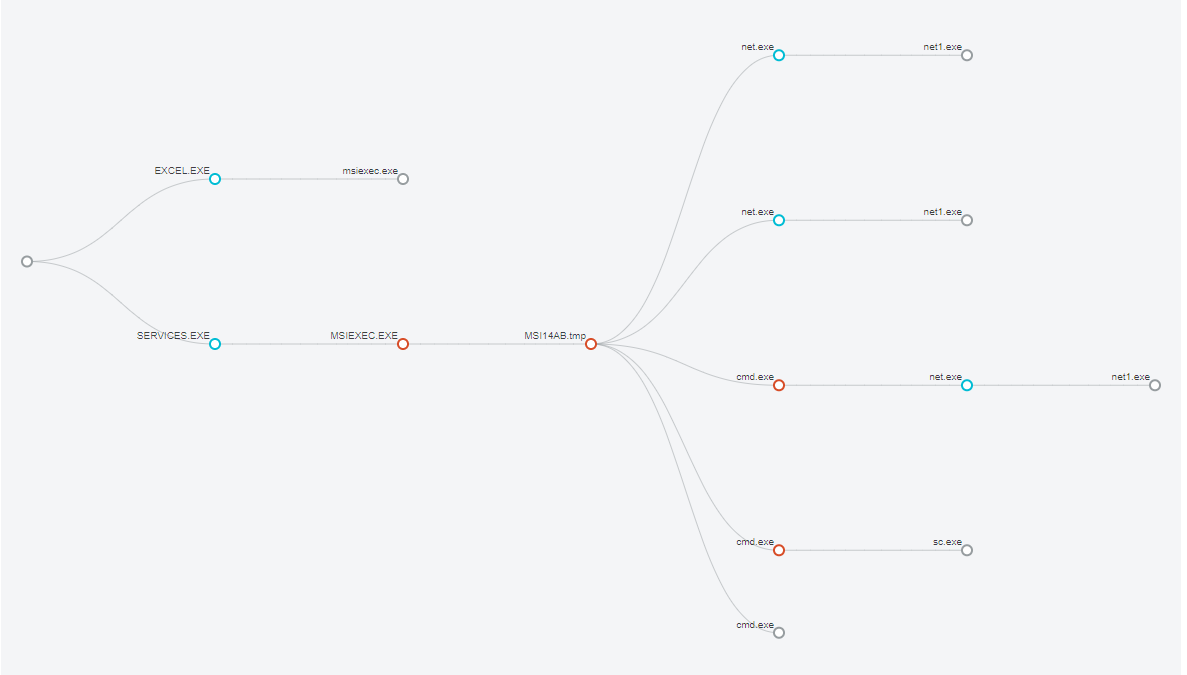 The post Protect Before You Detect: FlawedAmmyy and the Case for Isolation appeared first on Bromium.

*** This is a Security Bloggers Network syndicated blog from Bromium authored by Ratnesh Pandey. Read the original post at: https://www.bromium.com/protect-before-you-detect-flawedammyy-and-the-case-for-isolation/