by Gary Warner, UAB on June 12, 2018
The Second South Florida case is linked to the first because this entire conspiracy also is part of the work of Roda Taher, AKA Ressi, AKA Rezi, the top recruiter in the first case.  However, in this 30 count indictment, the only one NOT named is Roda Taher.

Rezi recruited Eliot Pereira and Melissa Rios, below, who each in turn recruited others. 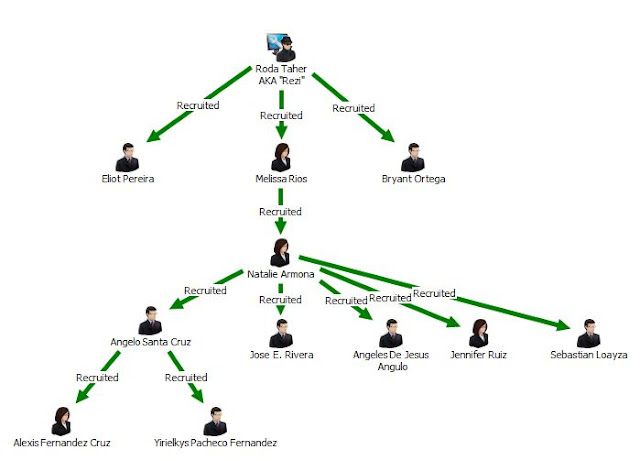 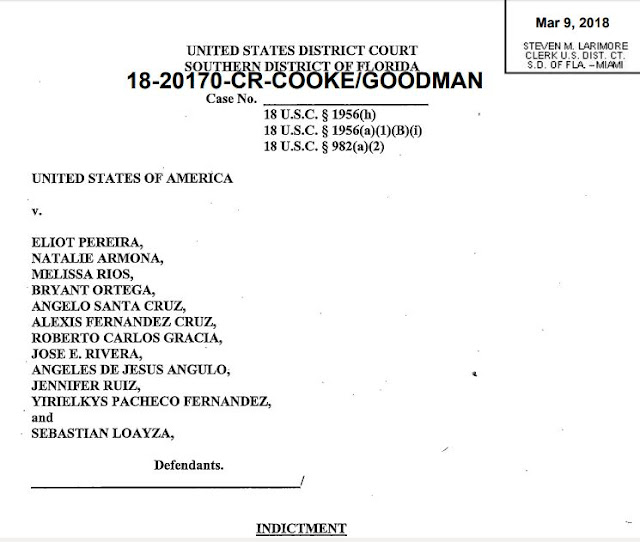 This case starts off with a criminal complaint from the Miami office of the United States Secret Service.

It begins with his overview of the case, which is worth quoting here:

“Federal law enforcement agents have been investigating numerous business email compromise and spear phishing scams wherein various fraudsters targeted employees with access to company finances and tricked them into making wire transfers to bank accounts thought to belong to trusted partners — except in fact, the accounts were shell companies controlled by the fraudsters.

Natalie Armona may have been a good choice for Melissa to recruit based on her work.  Here’s a Facebook post of hers from last year!  But by the dates, she had been in the money mule business quite a while before landing this job as a Junior Processor at a lending firm. The complaint begins by telling the story of Natalie ARMONA, who opened a business, Armona Furniture Design Concept & Textile Inc., incorporating the business in Florida using her home address and opening a business checking account at TD Bank.  She was the sole signatory, and used her true social security number on the account.  The account was opened on December 9, 2106 and received its first wire December 14, 2016, from a scammed medical center (Victim Company A).  After taking out her commission in cash ($5,500) using her true Florida drivers license number as identity confirmation, Armona wired the rest of the money to “Flame Land International Limited” in Hong Kong.

A collaborating witness told the Miami Electronic Crimes Task Force that he had been recruited by Armona and had opened a shell company in the name ASC WorldWide, with accounts at TD Bank and Suntrust Bank.  Among other activities, he used email-based scams to cause $80,000 to be wired.

After a few successful jobs, the suspect said that Armona told him he could earn extra money by recruiting others into the scam.  He agreed to allow the USSS to record his emails, phone calls, and any text or WhatsApp communications involving others in the scheme.

Although Bryant is not credited with recruiting Natalie Armona, the two are Facebook friends.  Bryant’s profile also suggests that he may have had access to Personal Information, as an agent at a Health Insurance organization.  His cover photo indicates he’s a fan of money! 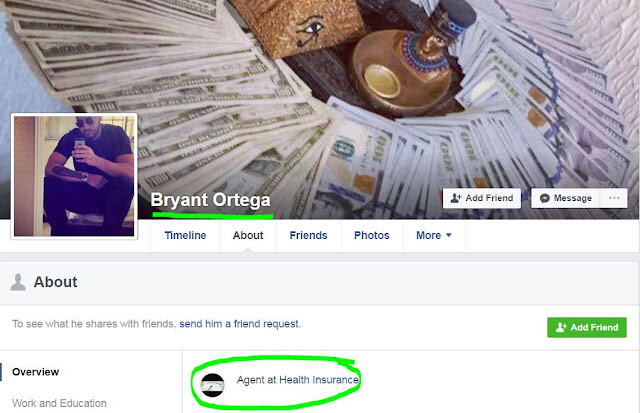 The third case, Feb 23, 2018, has an affidavit from Miami’s FBI office from an agent who previously served as a Computer Scientist in the Philadelphia office! Pereira ran several schemes against companies by impersonating their officers, including Fakhoury Law Group (Troy, Michigan), High Tech Lending (San Diego, California), Gaumer Company (Houston, Texas), Park Corporation (Cleveland, Ohio), and Zija International (Lehi, Utah.)  Each of those companies received fraudulent emails, claiming to be from an executive of their own company, ordering that wires be sent to accounts controlled by “OS Fly Tech Incorporated.”   Pereira hired an unnamed middle man to set up additional corporate accounts at Bank of America, Wells Fargo, SunTrust Bank, and Regions Bank.  The Middleman says that Pereira was working with an unknown male who he called “Rezi.”  This would be the same person that Cynthia Rodriguez was working for (see Operation Wire Wire: The South Florida Cases, Part 1) Roda Taher.  Pereira and Rezi gave one of their mules an email [email protected] to use.

As shown above, nearly $1M in wires were sent to company accounts at Bank of America, SunTrust Bank,  TD Bank, and Wells Fargo Bank in September and October of 2016.  Pereira and his middleman communicated through WhatsApp and Email.  (954.554.5501 / [email protected] / [email protected] )

Roda Taher, AKA Ressi, AKA Rezi, was the manager and supervisor of a criminal organization in the Southern District of Florida and elsewhere.  He recruited all of the defendants in this case, encouraged them to open shell accounts and receive illegally transferred funds, some of which they directly wired to China, Poland, and elsewhere.

Altogether, this group is charged with laundering more than $5,000,000.

The case is scheduled to be heard in Jury Trial beginning on June 25, 2018 before Judge Marcia G. Cooke in Miami, Florida.

Tomorrow (June 13, 2018) two of the defendants are meeting to change their plea.  Jennifer Ruiz and Yirielkys Pacheco Fernandez have decided they may not want the 20 year sentence that all of them are facing as part of a conspiracy to commit money laundering at this level!

*** This is a Security Bloggers Network syndicated blog from CyberCrime & Doing Time authored by Gary Warner, UAB. Read the original post at: http://garwarner.blogspot.com/2018/06/operation-wire-wire-south-florida-cases_12.html