Multiple Chase.com customers have reported logging in to their bank accounts, only to be presented with another customer’s bank account details. Chase has acknowledged the incident, saying it was caused by an internal “glitch” Wednesday evening that did not involve any kind of hacking attempt or cyber attack. 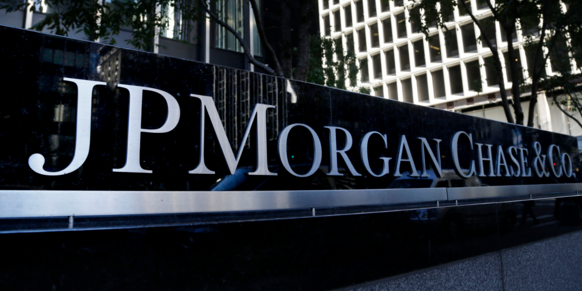 Trish Weller, director of communications for the retail side of JP Morgan Chase, said the incident happened Wednesday evening, for “a pretty limited number of customers” between 6:30 pm  and 9 pm ET who “sporadically during that time while logged in to chase.com could see someone else’s account details.”

“We know for sure the glitch was on our end, not from a malicious actor,” Weller said, noting that Chase is still trying to determine how many customers may have been affected. “We’re going through Tweets from customers and making sure that if anyone is calling us with issues we’re working one on one with customers. If you see suspicious activity you should give us a call.”

Weller urged customers to “practice good security hygiene” by regularly reviewing their account statements, and promptly reporting any discrepancies. She said Chase is still working to determine the precise cause of the mix-up, and that there have been no reports of JPMC commercial customers seeing the account information of other customers.

“This was all on our side,” Well said. “I don’t know what did happen yet but I know what didn’t happen. What happened last night was 100 percent not the result of anything malicious.”

The account mix-up was documented on Wednesday by Fly & Dine, an online publication that chronicles the airline food industry. Fly & Dine included screenshots of one of their writer’s spouses logged into the account of a fellow Chase customer with an Amazon and Chase card and a balance of more than $16,000.

Chase says the oddity occurred for both chase.com and users of the Chase mobile app.

“We don’t have any evidence it was related to any update,” Weller said.

“There’s only so many kind of logic errors where Ken logs in and sees Brian’s account,” White said.  “It can be a devil to track down because every single time someone logs in it’s a roll of the dice — maybe they get something in the warmed up cache or they get a new hit. It’s tricky to debug, but this is like as bad as it gets in terms of screwup of the app.”

White said the incident is reminiscent of a similar glitch at online game giant Steam, which caused many customers to see account information for other Steam users for a few hours. He said he suspects the problem was a configuration error someplace within Chase.com “caching servers,” which are designed to ease the load on a Web application by periodically storing some common graphical elements on the page — such as images, videos and GIFs.

“The images, the site banner, all that’s fine to be cached, but you never want to cache active content or raw data coming back,” White said. “If you’re CNN, you’re probably caching all the content on the homepage. But for a banking app that has access to live data, you never want that be cached.”

“It’s fairly easy to fix once you identify the problem,” he added. “I can imagine just getting the basics of the core issue [for Chase] would be kind of tricky and might mean a lot of non techies calling your Tier 1 support people.”

*** This is a Security Bloggers Network syndicated blog from Krebs on Security authored by BrianKrebs. Read the original post at: https://krebsonsecurity.com/2018/02/chase-glitch-exposed-customer-accounts/