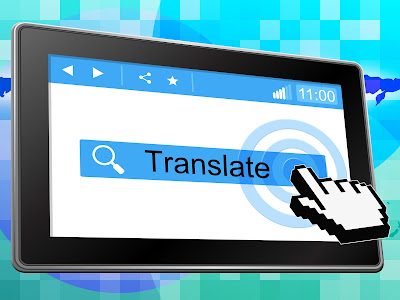 Article by Shiela Pulido
Due to our dependence on the internet for digital transformation, most people suffer from the risks of cyberattacks. It is an even greater concern this year due to the trend of remote working and international business expansions. According to IBM, the cost of cyber hacks in 2020 is about $3.86 million. Thus, understanding how cybersecurity and data privacy plays a priority role in organizations, especially in a multilingual setting.

But, what is the relationship of languages in data privacy, and how can a reliable translation help prevent cyber-attacks?

The Connection of Translation Company to Data Privacy
A lot of people will ask about the clear connection between translations and cybersecurity. In data privacy, conveying important information through effective communications is important. However, with language barriers and complicated jargon in the IT industry, only IT professionals can understand their messages. It is also especially difficult for multilingual people who only know basic translations of the contents.

Oftentimes, a cyber attack or cyber hack happens when people don’t know what’s happening in their gadgets. Malware developers have different ways of attacking their victims, and they make their attempts as difficult to identify as they can. Some of them use spam which is in the form of unsolicited and inappropriate messages. According to the Message Anti-Abuse Working Group, about 88–92% of total email messages in 2010 are spam.

Aside from that, phishing is also a known way of attempting to get sensitive information from users through a webpage that looks the same as a trustworthy entity. Due to the uncanny similarity of the sites, the unsuspecting visitors tend to put their bank, credit card, and identity details willingly.

For clarity and convenience, it is essential to have accurate translations for guidelines, procedures, and warnings to bridge communication gaps in cybersecurity. However, you must find an experienced translation company with specialists in diverse technologies and masters the terminologies in the IT industry. It is best to avoid free translation software that is more prone to data piracy and cyberattacks.

Cyberattack Cases Worldwide
To understand the severity of cyber hacking, here are some of the widely known cyberattacks in different parts of the world:
Japan
Even with its title as one of the leading countries with high technology, Japan still wasn’t able to escape cybercrimes. Last 2016, Japan experienced a series of cyberattacks on different companies that led to the leaking of over 12.6 million confidential corporate information. There was also another ransomware named WannaCry that attacked over 500 companies at that time. They even caused great damage to large brands like Honda Motors, which had to shut their operations down for some time.
Denmark
Last 2015, there were some cyberattacks on the staff members of the Danish defence and foreign minister. It was followed by the ransomware that paralyzed the operations of Maersk, Denmark’s transport and logistics giant brand. The multiple threats of cyber attacks in their country also affected their hospitals and energy infrastructures. Due to that, the request for their languages for cybersecurity is continuously increasing up to this year.
Russia
Some people think that Russia is one of the major perpetrators of cyber-attacks around the world. However, they are vulnerable to cybercrimes themselves and have already experienced previous attacks. Some of the targeted organizations in Russia were Rosnet, their largest oil producer, airports, and banks. Wannacry was also able to infiltrate Russia’s Interior Ministry, which was a great threat to their government.
How Translators Help Prevent Cyber Attacks
As mentioned, translators are of great help in preventing cyber attacks. But, how is it possible? Here are some of the best ways to avoid data privacy invasion and malware installations through accurate translations:
Translating User Interface
The user interface is the screen that lets users and computers interact with each other. If the users cannot understand what they’re seeing, it will be difficult for them to identify suspicious ads and pop-ups. Thus, it is ideal to translate the user interface to different languages to cater to the needs of their multilingual users.

For example, if the users entered a website trying to install malicious software to a computer, they should be able to identify what they can click and not. However, most websites and user interfaces (UI) are in English, and not everyone around the world speaks this language. This is why most people tend to click the wrong buttons and accidentally permit the installation of virus-infected files.

This is also the same case when it comes to using mobile applications. Most cyber hackers are using ads and pop-ups to attack users. To confuse people, malware developers don’t only rely on standard keys such as “x” that confuses people on what they should click. They make finding the exit difficult to find to force the users to make a mistake.

In these cases, translating the UI of the website, software, and application to other languages is the ideal solution.

Bridging Communication Gaps between Cybersecurity Experts
Cybersecurity staff may understand the jargon in the IT industry, but it is a different case when they speak different languages. There are numerous cybersecurity centres all around the world and they don’t always understand English. The language barrier interferes with their ability to convey important information about cybersecurity. Due to this, most companies are hiring reliable translators to let the professionals speak confidently about important matters.
Securing Accurate Translations of Important Texts
Most websites post warnings and precautions to help their users avoid malware attacks. However, if they are in a different language, most people will just ignore these warnings. Even if they try to translate the texts through free automated translations, the result could be inaccurate and may cause misunderstandings to users.

A professional translation of these warnings, labels, and precautions can ensure that the website’s messages are properly conveyed to the users. It is especially useful for large entities, organizations, and government institutions.

Protecting Critical Information
Most small to medium enterprises choose translation software because they are relatively cheaper than hiring professional translators. However, the sad truth about that is they’re putting their companies at risk for cyber attacks. This software uses artificial intelligence and machine learning that stores your information as you translate documents. They are free to use the acquired details however they want, and you can’t do anything with it.

Thus, for critical documents, emails, and company and health information, it is ideal to hire a trusted translation company to secure your details. They also use technology with tight security and privacy for the translated contents.

*** This is a Security Bloggers Network syndicated blog from IT Security Expert Blog authored by SecurityExpert. Read the original post at: http://feedproxy.google.com/~r/securityexpert/~3/xGyH20TPsJ4/the-role-of-translation-in-cyber.html