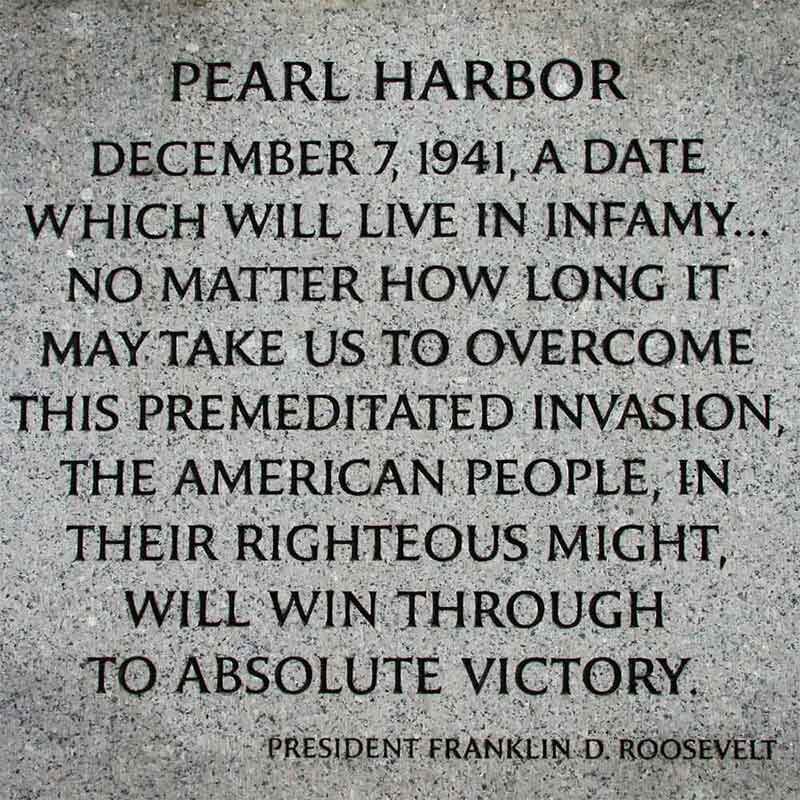 On Pearl Harbor Day, the American flag should be flown at half-staff until sunset to honor those who died as a result of the attack on U.S. military forces in Hawaii.[4] Pearl Harbor Day is not a federal holiday – government offices, schools, and businesses do not close. Some organizations may hold special events in memory of those killed or injured at Pearl Harbor. – via the Wikipedia ‘National Pearl Harbor Remebrance Day Entry

*** This is a Security Bloggers Network syndicated blog from Infosecurity.US authored by Marc Handelman. Read the original post at: https://www.infosecurity.us/blog/2019/12/7/united-states-of-american-national-pearl-harbor-remembrance-day