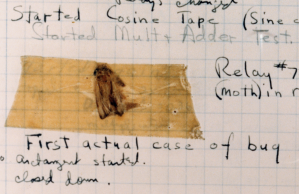 Unlike members of the insect family, computer software bugs live forever. Software security bugs (well, flaws) are especially troubling since they demand respect from every software developer now and forever. We want to believe we can “eradicate” software flaws through reviews, testing, and vigilance. Eradication is a myth. A flaw’s spores simply go dormant to await the right conditions.

To keep things simple, software flaws usually follow one of two lifecycles: the patch cycle or the exploit cycle.

In fact, we infer these cycles piecemeal. We hear from victims, vendors, and occasionally from cybercriminals. The cybersecurity community has developed an elaborate process to identify, classify, and track vulnerabilities.

We identify and track vulnerabilities but we can’t reliably track how they are used in exploits. Security researchers have made good use of available numbers to infer a few useful results. They used these statistics:

So our data is limited to known vulnerabilities.

*** This is a Security Bloggers Network syndicated blog from Cryptosmith authored by cryptosmith. Read the original post at: https://cryptosmith.com/2019/11/09/bug-life-cycle/