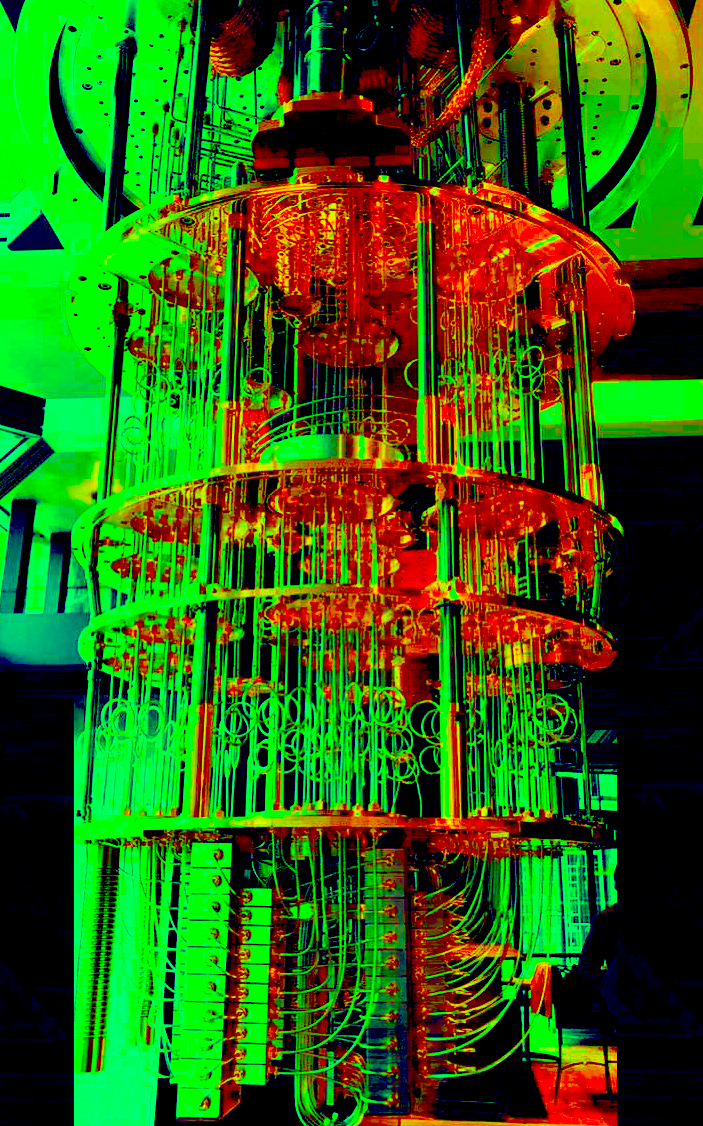 via Bianca Bharti – writing for Canada’s National Post, comes news of Google, Inc’s (Nasdaq: GOOGL) stunning accomplishment in quantum computation. Described in a paper entitled ‘Quantum supremacy using a programmable superconducting processor‘ and published at NASA (since taken down, but, available here, along with a bibliography document entitled ‘Google Quantum Supremacy (Supplementary information) 09-2019‘ here.). Read it and weep for the quantum advertising onslaught from Serge and Larry coupled with the complete demise of your future self’s privacy in all alternate universes…

“The tantalizing promise of quantum computers is that certain computational tasks might be executed exponentially faster on a quantum processor than on a classical processor. A fundamen- tal challenge is to build a high-fidelity processor capable of running quantum algorithms in an exponentially large computational space. Here, we report using a processor with programmable superconducting qubits to create quantum states on 53 qubits, occupying a state space 253 ∼ 1016. Measurements from repeated experiments sample the corresponding probability distribution, which we verify using classical simulations. While our processor takes about 200 seconds to sample one instance of the quantum circuit 1 million times, a state-of-the-art supercomputer would require approximately 10,000 years to perform the equivalent task. This dramatic speedup relative to all known classical algorithms provides an experimental realization of quantum supremacy on a com- putational task and heralds the advent of a much-anticipated computing paradigm.” – via the Google AI Quantum and collaborators, et al – enumerated within the paper here**

*** This is a Security Bloggers Network syndicated blog from Infosecurity.US authored by Marc Handelman. Read the original post at: https://www.infosecurity.us/blog/2019/9/23/rzkbvr1n314b7zgl0ip7v90kurcji4

As Cyberattacks Intensify, Orgs Don’t Report Incidents
Verica Partners with DISH for 5G Network – Techstrong TV
StackHawk Expands API Security Testing Suite
So Your Identity Was Stolen: What To Do and How To Recover
Alleged Russian RSOCKS Hacker: ‘Send Me to US’
GTA 6: Massive footage leak
The pandemic turned out to be a boon for public-private cybersecurity cooperation
Beware fake anti-virus reviews
This Week in Malware – Over Five Dozen More Packages Discovered
From Data Breach to Dependable Alert