A ransomware outbreak that hit QuickBooks cloud hosting firm iNSYNQ in mid-July appears to have started with an email phishing attack that snared an employee working in sales for the company, KrebsOnSecurity has learned. It also looks like the intruders spent roughly ten days rooting around iNSYNQ’s internal network to properly stage things before unleashing the ransomware. iNSYNQ ultimately declined to pay the ransom demand, and it is still working to completely restore customer access to files. 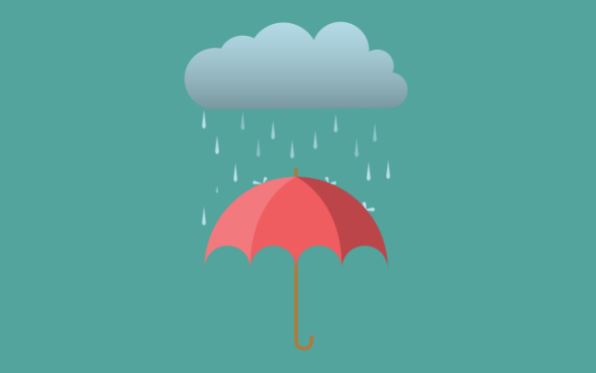 Some of this detail came in a virtual “town hall” meeting held August 8, in which iNSYNQ chief executive Elliot Luchansky briefed customers on how it all went down, and what the company is doing to prevent such outages in the future.

A great many iNSYNQ’s customers are accountants, and when the company took its network offline on July 16 in response to the ransomware outbreak, some of those customers took to social media to complain that iNSYNQ was stonewalling them.

“We could definitely have been better prepared, and it’s totally unacceptable,” Luchansky told customers. “I take full responsibility for this. People waiting ridiculous amounts of time for a response is unacceptable.”

By way of explaining iNSYNQ’s initial reluctance to share information about the particulars of the attack early on, Luchansky told customers the company had to assume the intruders were watching and listening to everything iNSYNQ was doing to recover operations and data in the wake of the ransomware outbreak.

“That was done strategically for a good reason,” he said. “There were human beings involved with [carrying out] this attack in real time, and we had to assume they were monitoring everything we could say. And that posed risks based on what we did say publicly while the ransom negotiations were going on. It could have been used in a way that would have exposed customers even more. That put us in a really tough bind, because transparency is something we take very seriously. But we decided it was in our customers’ best interests to not do that.”

A paid ad that comes up prominently when one searches for “insynq” in Google.

Luchansky did not say how much the intruders were demanding, but he mentioned two key factors that informed the company’s decision not to pay up.

“It was a very substantial amount, but we had the money wired and were ready to pay it in cryptocurrency in the case that it made sense to do so,” he told customers. “But we also understood [that paying] would put a target on our heads in the future, and even if we actually received the decryption key, that wasn’t really the main issue here. Because of the quick reaction we had, we were able to contain the encryption part” to roughly 50 percent of customer systems, he said.

Luchansky said the intruders seeded its internal network with MegaCortex, a potent new ransomware strain first spotted just a couple of months ago that is being used in targeted attacks on enterprises. He said the attack appears to have been carefully planned out in advance and executed “with human intervention all the way through.”

“They decided they were coming after us,” he said. “It’s one thing to prepare for these sorts of events but it’s an entirely different experience to deal with first hand.”

According to an analysis of MegaCortex published this week by Accenture iDefense, the crooks behind this ransomware strain are targeting businesses — not home users — and demanding ransom payments in the range of two to 600 bitcoins, which is roughly $20,000 to $5.8 million.

“We are working for profit,” reads the ransom note left behind by the latest version of MegaCortex. “The core of this criminal business is to give back your valuable data in the original form (for ransom of course).” 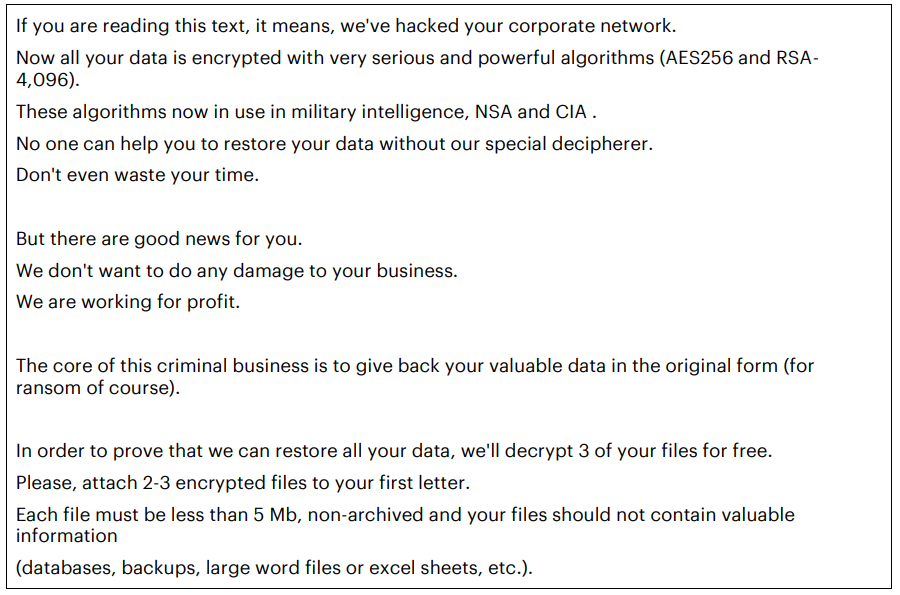 A portion of the ransom note left behind by the latest version of MegaCortex. Image: Accenture iDefense.

Luchansky did not mention in the town hall meeting exactly when the initial phishing attack was thought to have occurred, noting that iNSYNQ is still working with California-based CrowdStrike to gain a more complete picture of the attack.

“This shows that even after the initial infection, if companies act promptly they can still detect and stop the ransomware,” Holden said. “For these infections hackers take sometimes days, weeks, or even months to encrypt your data.”

iNSYNQ did not respond to requests for comment on Hold Security’s findings.

Asked whether the company had backups of customer data and — if so — why iNSYNQ decided not to restore from those, Luchansky said there were backups but that some of those were also infected.

Luchansky said their backup system has since been overhauled, and that if a similar attack happened in the future it would take days instead of weeks to recover. However, he declined to get into specifics about exactly what had changed, which is too bad because in every ransomware attack story I’ve written this seems to be the detail most readers are interested in and arguing about.

The CEO added that iNSYNQ also will be partnering with a company that helps firms detect and block targeted phishing attacks, and that it envisioned being able to offer this to its customers at a discounted rate. It wasn’t clear from Luchansky’s responses to questions whether the cloud hosting firm was also considering any kind of employee anti-phishing education and/or testing service.

Luchansky said iNSYNQ was about to restore access to more than 90 percent of customer files by Aug. 2 — roughly two weeks after the ransomware outbreak — and that the company would be offering customers a two month credit as a result of the outage.

*** This is a Security Bloggers Network syndicated blog from Krebs on Security authored by BrianKrebs. Read the original post at: https://krebsonsecurity.com/2019/08/insynq-ransom-attack-began-with-phishing-email/