by Gary Warner, UAB on September 16, 2018
One of the things I’ve learned in twenty-nine years investigating malware is that MOST bad guys are lazy and cheap.  One of the main ways that shows up is in the reuse of infrastructure.  Or as one of my criminology friends says it “most criminals are caught by identifying patterns of habit and convenience.”  That’s why it can sometimes be useful to examine a malware sample, even if it fails to trigger due to age.  It is likely that OTHER samples are using the same infrastructure or deployment system.

My friends at Cofense published their finding last week that Microsoft Office macros are still the number one way that malware is being delivered via email, accounting for 45% of all malware delivery mechanisms they have recently studied.  Anyone with a spam collection can quickly reach that same conclusion.  A couple such campaigns even showed up in my personal email this week.

Here’s three emails from consecutive days last week sent to one of my personal email domains: 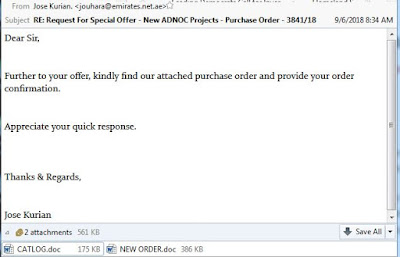 The most convincing phish, as PhishMe and later Cofense have repeatedly demonstrated by studying what millions of customers actually click on, are those which imitate a common business practice, such as these Purchase Orders. In an attempt to be helpful, many will open a Purchase Order received in email, even if they don’t recognize the company name, often as a means of directing the PO to the appropriate department.  Big Mistake! 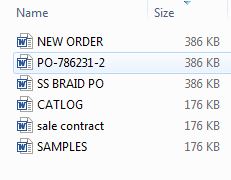 The three 386KB files all had the same hashes, and the three 176KB files also all had the same hashes.  So, for at least September 4, 5, and 6, 2018, kc.exe was the target that the malicious actor wanted us to launch on our computer.  The file is no longer available, which could stall the investigation, but let’s look at Habit and Convenience.  If the actor is already hosting on rollboat[.]tk, is it not likely he’ll keep doing so until someone prevents him? 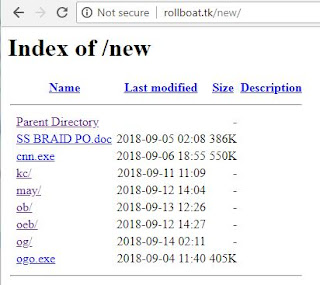 Monday morning, back to work!  Sure enough, we checked the rollboat directory for fresh files this morning: 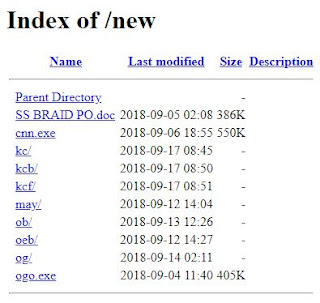 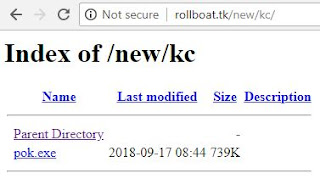 I’ll also note that this morning on my Windows 10 machine running current Chrome, the file downloads were prevented – marked “This file is dangerous, so Chrome has blocked it.”  When I told Chrome to let me download one any way, Windows Defender stopped it.  Sharing information DOES help!

*** This is a Security Bloggers Network syndicated blog from CyberCrime & Doing Time authored by Gary Warner, UAB. Read the original post at: http://garwarner.blogspot.com/2018/09/dangerous-invoices-and-dangerous.html