Operation Wire Wire was announced June 11, 2018 by the Department of Justice.  This Operation led to the arrest of 42 people in the United States and 29 others in Nigeria, Poland, Canada, Mauritius, Indonesia, and Malaysia.  Not all of the case details have been made public yet, so this will be the first of several Operation Wire Wire blog posts.  What they all have in common is that they are all based on Business Email Compromise scams.

Case One: Okolie and Aisosa

Gloria opened a BBVA Compass Bank account in Addison, Texas in the name G.C. Investments and Logistics, with a $100 deposit.

Paul Wilson Aisosa opened an account at First National Bank of Texas in his own name at a branch in Killeen, Texas.  Someone using the email account [email protected] sent emails to an attorney in Augusta, Georgia, who wired money from a sale of property to Okolie’s BBVA Compass Bank account.  Some of these funds were wired to Paul’s account from Gloria’s account. 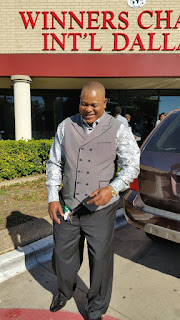 Adeyemi Odofuye (3:2016cr00232) (AKA Micky, AKA Micky Bricks, AKA Yemi, AKA GMB, AKA Bawz, AKA Jefe), is charged with a seven-count indictment in Connecticut for causing losses of $2.6 million, including $440,000 from a single victim in Connecticut.  (We’ll call him Micky.)  According to his Facebook page, and the indictment, he recently graduated with a Masters of Science in Information Systems Security from Sheffield Hallam University.  One of Micky’s email accounts was [email protected] 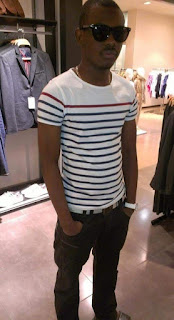 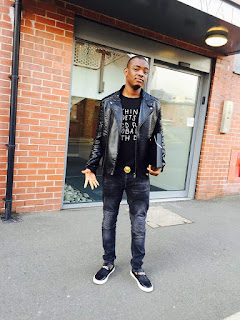 He is indicted in Connecticut along with Stanley Hugochukwu Nwoke (AKA Stanley Banks, AKA Hugo Banks, AKA Banks, AKA Banky, AKA Jose Calderon), who was a student at ApTech Computer Education in Lagos, Nigeria.

The two used a variety of custom domains to conduct fraud against an Austrian company with offices in Connecticut, including: veteranboats.org, messidepot.com, secondtow.info.  With these emails, they requested wire transfers to Technix Trade SP and Weequahic Group Inc.  Some of the funds were transferred to an HSBC account in Hong Kong.

The New Haven-based FBI agent who wrote the criminal complaint describes in detail the types of communications between the accounts, as Slimwaco sent a list of the CFOs of 100 Ohio-based companies to one of his colleagues, and another with more than 100 Illinois-based CFOs.  In other exchange, Micky and Slimwaco chat and help each other build lists of officers from public webpages and corporate directories.

The Western District of Pennsylvania announced their own case as part of Operation Wire Wire, namely the arrest of Taiwo Musiliudeen Idris and four co-conspirators.  Idris was one of 29 scammers arrested in Nigeria as part of this operation.  Idris worked with Ismail Shitu, Nathanael Nyamekye, Adnan Ibrahim, and Akintayo Bolorunduro to launder over $411,000 in real estate settlements via BEC.  Their scam primarily targeted residential real estate sellers in Maryland.
The indictment against these four, (Case 2:17-cr-00192-AJS) was filed October 5, 2017 in Pittsburgh and covers three distinct BEC Scams.
BEC Scam #1 – Rockville, Maryland.  A married couple who were selling a home were anticipating the receipt of a wire for $411,548.06 in proceeds.  However a fraudulent fax caused the funds to be redirected to an account at Citizens Bank in New York, controlled by Ismail Shitu, who resides in the Western District of Pennsylvania.
BEC Scam #2 – Hopkinton, Massachusetts.  A married couple waiting to receive $212,961.75 for the sale of a home had the same experience.  The attorney who was to handle the funds transfer received fraudulent correspondence directing him to send the funds to a Suntrust Bank account in Clinton, Maryland, also controlled by the criminals.
BEC Scam #3 – Charlotte, North Carolina.  A real estate developer sold four parcels of land for $235,058.53.  Once again, the lawyer handling the case received a fax, from the same number as the two cases above, (760) 297-5626, instructing him to send the money to a SunTrust Bank account in McDonough, Georgia.

These funds were then laundered by transfers of funds from $30,000 to $104,000 to various shell companies controlled by members of the conspiracy.   Companies such as “Remy Tire Mart” and “Salem’s Market and Grill” and “Sea Gull Freight LLC” and “Stability Capital Group” all received transfers of the funds from BEC Scam #1.

We’ll continue the Operation Wire Wire reporting as more cases are made public.  In South Florida, 23 individuals have been charged with laundering at least $10 Million from BEC scam proceeds, including 8 from a new indictment unsealed in Miami last week.   Reviewing the three related federal cases will be our next blog topic.

*** This is a Security Bloggers Network syndicated blog from CyberCrime & Doing Time authored by Gary Warner, UAB. Read the original post at: http://garwarner.blogspot.com/2018/06/74-mostly-nigerians-arrested-in.html