In the famous Pulitzer-prize winning book “The Guns of August“, the author applies some colorful language to illustrate WWI and Imperial Germany. Tuchman frames their march, for example, like predator ants:

(page 251) The German march through Belgium, like the march of predator ants who periodically emerge from the South American jungle to carve a swatch of death across the land, was cutting its way across field, road, village, and town, like the ants unstopped by rivers or any obstacle.

Germans of 1914 are portrayed a bit like thoughtless animals (instead of bumbling militant strategists and dirty spies with no sense of morality).

To be fair to ants of South America, the latest science says they are intelligent and even altruistic (use tools, share information and help another ant at great risk to their own lives).

I bring this use of language up because recently I wrote about anti-fascist women aviators of the 1930s and something similar happened. While researching mostly untold stories about black women fliers in America (who were barred by racism and sexism from combat missions) I ran into an obscure story out of Russia with peculiar German mythical innuendo.

The Nazis called them “Night Witches” because the whooshing noise their plywood and canvas airplanes made reminded the Germans of the sound of a witch’s broomstick.

The Russian women who piloted those planes, onetime crop dusters, took it as a compliment. In 30,000 missions over four years, they dumped 23,000 tons of bombs on the German invaders, ultimately helping to chase them back to Berlin. Any German pilot who downed a “witch” was awarded an Iron Cross.

These young heroines, all volunteers and most in their teens and early 20s, became legends of World War II but are now largely forgotten. Flying only in the dark, they had no parachutes, guns, radios or radar, only maps and compasses. If hit by tracer bullets, their planes would burn like sheets of paper.

Their uniforms were hand-me-downs from male pilots. Their faces froze in the open cockpits. Each night, the 40 or so two-woman crews flew 8 or more missions — sometimes as many as 18.

“Almost every time we had to sail through a wall of enemy fire,” Nadezhda Popova, one of the first volunteers — who herself flew 852 missions — said in an interview for David Stahel’s book “Operation Typhoon: Hitler’s March on Moscow, October 1941,” published this year.

I don’t buy the explanation that the “whooshing noise” sounded anything like a broomstick, let alone a fictional one (after all, there’s no actual witch’s broomstick).

Nazis, like many people, loved to come up with catchy derogatory names for people they hated.

Black American pilots (men only, as I already mentioned, even though they were trained to fly by women) were called “Luft Gangster“. 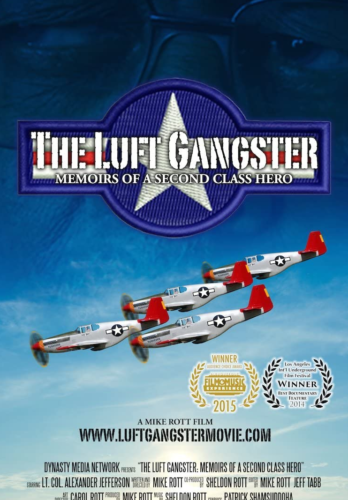 The NYT brings up another example of how Nazis not only called these women witches, but tried to spread the rumor potions gave them special powers.

It was a cynical method to denigrate the women generally while also denying their skills.

At 15, Ms. Popova joined a flying club, of which there were as many as 150 in the Soviet Union. More than one-quarter of the pilots trained in the clubs were women. After graduating from pilot school, she became a flight instructor. […] Ms. Popova became adept at her unit’s tactics. Planes flew in formations of three. Two would go in as decoys to attract searchlights, then separate in opposite directions and twist wildly to avoid the antiaircraft guns. The third would sneak to the target through the darkness. They would then switch places until each of the three had dropped the single bomb carried beneath each wing. The pilots’ skill prompted the Germans to spread rumors that the Russian women were given special injections and pills to “give us a feline’s perfect vision at night,” Ms. Popova told Mr. Axell. “This, of course, was nonsense.”

A book review from 1982 in Military Review makes the point that all credit goes to the women, as there were no men.

And here’s a 1985 article in Soviet Life (publicaton of the USSR embassy in America) that hilariously says “Night Witches” became a phrase because their women flew at night, completely ignoring implications of the witch part.

These women gave different explanations for the name, when interviewed directly.

Nobody knows the exact date when they started calling us night witches. […] We were bombing the German positions nearly every night, and none of use was ever shot down, so the Germans began saying these are night witches, because it seemed impossible to kill us or shoot us down.

That seems a bit of a stretch, given other women talk about watching their colleagues get shot down — even the expression on their face.

I totally buy that version of events, given again the fact that it comes directly as a 1st person account of being denigrated by Nazis. Their impact was legendary, even though their story rarely has been told.

Each crew flew as many as eight to 18 missions a night. They flew more than 23,000 sorties during the war, and many pilots had flown over 800 missions by war’s end. It is reported that they released more than 20,000 tons of bombs on Nazi targets. These women undoubtedly contributed significantly to the Red Army and helped to clinch a victory over German forces.

Meanwhile in America women, especially black women, were denied the opportunity to fly let alone in war and in combat missions.

It reminds me very much of tactics used by the Trump family to denigrate and try to obscure women they dislike with name-calling.

‘Horseface, ‘crazy,’ ‘low IQ’: Trump’s history of insulting women… known for giving many of his opponents negative nicknames, men as well as women, but his use of this tactic with women often denigrates their appearance or abilities.

I’m sure that family would ask something like “are you calling us Nazis” in response. And I would be tempted to ask them “would you prefer we call you in a march like South African ants”?

*** This is a Security Bloggers Network syndicated blog from flyingpenguin authored by Davi Ottenheimer. Read the original post at: https://www.flyingpenguin.com/?p=33190