The recent HAFNIUM attacks hit tens of thousands of organizations’ Microsoft Exchange servers around the globe. Now, an array of other threat actors are leveraging the residual webshells on victim systems to launch new attacks against organizations who thought patching the Microsoft vulnerabilities would have been enough to be protected.

What happened, what were the vulnerabilities exploited in the attack, and what can we do to defend against such attacks in the future? In this episode, Host Ran Levi is joined by Israel Barack, Cybereason CISO and an expert on cyberwarfare to dig into the HAFNIUM Microsoft Exchange attacks and the malicious operations that followed – check it out… 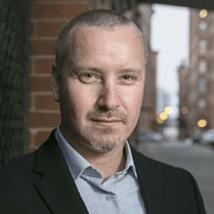 Cybereason CISO Israel Barak is a cyber defense and warfare expert, with extensive background working for the government where he established and operated various cyber warfare teams. 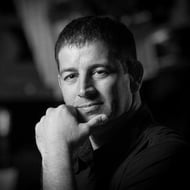 Born in Israel in 1975, Malicious Life Podcast host Ran studied Electrical Engineering at the Technion Institute of Technology, and worked as an electronics engineer and programmer for several High Tech companies in Israel.

In 2007, created the popular Israeli podcast Making History. He is author of three books (all in Hebrew): Perpetuum Mobile: About the history of Perpetual Motion Machines; The Little University of Science: A book about all of Science (well, the important bits, anyway) in bite-sized chunks; Battle of Minds: About the history of computer malware.

About the Malicious Life Podcast

Malicious Life by Cybereason exposes the human and financial powers operating under the surface that make cybercrime what it is today. Malicious Life explores the people and the stories behind the cybersecurity industry and its evolution. Host Ran Levi interviews hackers and industry experts, discussing the hacking culture of the 1970s and 80s, the subsequent rise of viruses in the 1990s and today’s advanced cyber threats.

*** This is a Security Bloggers Network syndicated blog from Blog authored by Malicious Life Podcast. Read the original post at: https://www.cybereason.com/blog/malicious-life-podcast-bside-hafnium