Have you seen this comedy video about hidden meanings in country music?

For example while I was relaxing on an airplane trying to sleep with the country channel on, a song called “The Big Revival” woke me straight up. It almost immediately reminded me of the kind of racial trigger words I used to hear in rural Kansas.

A quick check of its history revealed its author was a reclusive Dennis Linde, originally from Texas.

He was the quintessential mystery man of Nashville because he didn’t go to all the functions,” Scott Siman, an artist manager who had known Linde since the 1970s, told The Tennessean newspaper. “If you ever saw Dennis Linde it was amazing, because you didn’t get that opportunity very often.

A mystery man. Interesting. You may have read some of my earlier posts on encoding messages in songs (e.g. Kumbaya and Atilla).

This song seems like another case of encoding, but it’s very vague and I don’t know if I can achieve the comedy genius of Key & Peele in explaining what I hear.

Get ready for the big revival
Everybody get in the van
There’s a little church on Eagle Mountain
It’s called The Blood of the Blessed Land
If your faith ain’t strong enough, child, you might wind up dead
Praise the Lord and pass me a Copperhead

Now Reverend Jones, he struts and dances
While the guitar plays Amazing Grace
He testifies in tongues of fire
With tears of joy running down his face
He ain’t sure and we ain’t sure exactly what he said
But praise the Lord and pass me a Copperhead

Here are the clues I started picking at, which as I said reminded me of triggers I heard in rural Kansas:

There’s really no reference or context for an eagle in this song perhaps other than to evoke patriotism and pride. Unfortunately mountain, as the modifier, doesn’t seem like it would come from some innocent place like a bald eagle on purple mountain (far better phrasing if you ask me). The next line talking about blood really cements it for me as German and therefore classic encoding. Kehlsteinhaus (Eagle’s Nest) is the house on top of a mountain in Bavaria where Hitler entertained guests.

“It’s called The Blood of the Blessed Land”

Blut and boden (blood and soil) is how white supremacists make claim to be more connected to the land than any other races. So an eagle mountain church called blood of the blessed land is quite literally the very common symbolism invoked by white supremacists based on Nazi history.

“faith ain’t strong enough, child, you might wind up dead”

The penalty for being unfaithful to the cause is execution. Capitol punishment has and continues to be very clearly racist.

“pass me a Copperhead”

My first thought here was the old copperhead balls that we used to shoot, yet that seemed too obscure while also maybe from the same deeper reference. 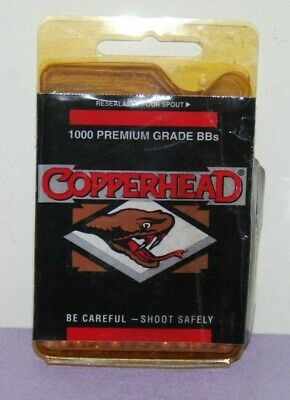 Digging around in history I quickly realized pro-slavery Democrats in the 1860s who opposed American Civil War and wanted immediate truce with a Confederate South, were called a Copperhead.

Copperhead, also called Peace Democrat, during the American Civil War, pejoratively, any citizen in the North who opposed the war policy and advocated restoration of the Union through a negotiated settlement with the South. The word Copperhead was first so used by the New York Tribune on July 20, 1861, in reference to the snake that sneaks and strikes without warning.

The key here is that the Copperhead platform opposed Republican president Lincoln because of what they termed “an unconstitutional war against slavery”. Moreover, Lincoln called Copperheads a grave threat.

In January 1863, Abraham Lincoln made a remarkable confession. He was, he told a senator, more worried about “the fire in the rear” than he was about the Confederates to his front.

Remember tongues of fire (it’s coming next)?! Fire in the rear were Copperheads.

It turns out a Democratic Congressman of Ohio named Clement L. Vallandigham became known for his anti-federal Copperhead speeches of 1863 where he falsely alleged Republicans had gone to war to enslave the whites. Sounds crazy, right?

This might be a good moment to also point out Vallandigham accidentally shot himself while trying to prove that someone could not accidentally shoot themselves. He was… an idiot.

If that vignette doesn’t explain how crazy a Copperhead was with their tongues of fire, and how it ended up so connected in this song with wackos who obsess about the eagle mountain blood and soil, I’m not sure what does.

Moreover white supremacists today refer to themselves as “Constitutionalists” or similar to Copperheads, so this period in history could come to mind. The Copperheads argued the South could never be conquered and ran slogans like “The Union as it was, Constitution as it is”. Here are the exact words from a 1863 Copperhead speech by the Hon. C.L. Vallandigham

“Pass me a Copperhead” is surely like saying more copperheads please so they can attack America.

“testifies in tongues of fire”

Seems to be a Valladigham and Lincoln reference. Just before the fire comes Amazing Grace, a black gospel song used for background and a setup to the fire, which was Copperheads saying terrible things about federal government. These combinations of phrases and words have powerful association to tragic history.

“ain’t sure exactly what he said”

Oath of silence and vagueness to the fiery events. No one can testify to what happened. This even gets to the point of “Know Nothings” (before 1855 calling themselves the Native American Party, American Party after) — an extremist “nativism” political party by white immigrants that used secret society (e.g. KKK “hidden empire”) to oppose immigration of other races.

“hypocrites that’ll take the chance on getting bit”

Again emphasizing you’re either in the group, a follower, or you are dead.

“But a true believer can survive rattlesnakes and cyanide”

This line really cements the Nazism. While an eagle mountain of blood and soil may seem the most obvious call-outs to Nazism, cyanide is really over the top. Why cyanide? Of all the things to put into a song about revival… in the 1920s cyanide was used to kill Americans using gas chamber.

Washington, Arizona, and Oregon in 1919-20 reinstated the death penalty. In 1924, the first execution by cyanide gas took place in Nevada… a special “gas chamber” was hastily built.

Those three states in 1919 saw a HUGE rise in KKK activity. It was not a coincidence, as I said above about the racism of capitol punishment, that KKK were taking control of a state and using cyanide gas chambers to kill non-whites.

Most people however, if they study history at all, probably recognize a “gas chamber” of cyanide more in terms of who copied the KKK — Nazis in 1940s used cyanide to murder 1 million people (Zyklon B).

Again, we have a song here saying eagle mountain, blood and soil, and believers survive cyanide. It’s a trifecta of Nazism on top of the odious Copperhead background. How is this song not titled get ready for the Fourth Reich?

This reinforces for me that the danger of a copperhead is being used in the context of a particular purpose, leveraged even, as a necessary evil to test true faith. As hard as I tried to flip the whole story and see some kind of positive story of surviving against threats of generic danger, the words just don’t add up that way for me and instead sound like a celebration of Nazism (which, let’s be honest, was ideologically similar to Copperheads).

Maybe you’ll have more luck and can decode it further or more accurately. To me, we have a popular song in America basically trying to invoke white nationalism.

To test my theory I listened to many versions of this song. Here’s a 2008 release:

On the airline radio I first heard it played by Kenny Chesney:

That’s an awfully strange looking bus in the image for a white nationalist tune.

Suddenly I felt like maybe I had the song wrong. Peace symbols? This guy looks like he’s into love and happiness (to be fair that’s exactly the disinformation Nazis broadcast on radio telling their targets to drop their arms… right before invasion).

So I went and found the video featuring that bus. It’s in a song called American Kids… that talks about America coast to coast etc as if representing all the kids while having only whites in the video.

You can’t make this stuff up. The cast is so white, so painfully not like America, I had to watch it twice just to be sure there was absolutely no other race but whites represented in a video claiming to be for all the “American Kids”.

And just by way of comparison, I have to throw in a “snake” video that show how something purporting to represent “American Kids” could have used a bus to be so much more (note this internationally diverse video is the 20th most watched on YouTube with over 3 billion views).

As I said at the start Key & Peele do a far better job at laying out the obvious racism in country music than I have done here.

But I can tell you as someone who has spent a lot of time studying triggers and encoding, as well as KKK history, when I was half-asleep listening to the radio these rather peculiar song lyrics woke me straight up.

“The Big Revival” had me immediately wondering who would write out such known white supremacist imagery under a title invoking things like rise of the KKK and rebellion against the United States. And on that note, the most curious part might be that it was written by a guy who wrote what other people wanted, remaining hidden and reclusive.

*** This is a Security Bloggers Network syndicated blog from flyingpenguin authored by Davi Ottenheimer. Read the original post at: https://www.flyingpenguin.com/?p=22257