A Danish Jaeger Corps (Special Forces) officer named Helge Meyer thought he could help with supply-chain issues by creating a… Bitchin’ Camaro (ala Dead Milkmen). Ooops, I mean Ghost Camaro (although he oddly referred to it as God’s Camaro).

Meyer pitched the Rhein-Main Air Base in Frankfurt, Germany on a small and fast car as an alternative to the typical slow-moving military supply-chain for Bosnia. He asked the US to sponsor him, and supplied a 1979 model of the Chevrolet car.

What else was from 1979? The first “Mad Max” movie with a Ford that a character describes as “…last of the V-8s. She sucks nitro”.

This was only a few years before “Knight Rider” as a highly enhanced electronics system stuffed into a sports car platform. 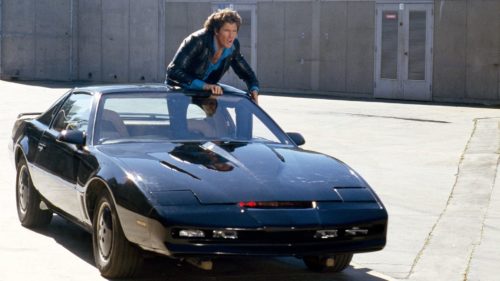 One can guess Meyer was a fan of both as he had US Air Force engineers juice his vintage Camaro stock 5.7-liter V8 engine from 182 horsepower to 220. Then they added nitrous for a double jump to 440. Very Mad Max.

Indeed, DriveTribe calls it “combining KITT with Mad Max in order to save lives”.

*** This is a Security Bloggers Network syndicated blog from flyingpenguin authored by Davi Ottenheimer. Read the original post at: https://www.flyingpenguin.com/?p=32053