I’ve been asked, perhaps in jest by those reading my SS blog post, whether the Columbia logo is a swastika because it also has four quadrants (it’s not).

…founded in 1938 [a year after largest shirt factory owners Paul and Marie Lamfrom were forced to escape Nazi Germany], used a simple wordmark until the introduction of the geometric emblem in 1978 [by Gertrude Boyle, daughter of Lamfrom and wife of Columbia President who died suddenly]. It was a rhombus, composed of eight equal rectangles, which aimed to represent the woven textile.

Interesting to note a company named Pinwheel was founded in 1977 and renamed Nickelodeon two years later.

I mean what if Gertrude, like a lot of people in the 1970s including a children’s network, thought pinwheels were fun and pretty things? And she wanted to convey woven threads with hers?

In that case what we see could be little more than accidental framing, which reminds me of things like this unfortunate grammar failure by Target. 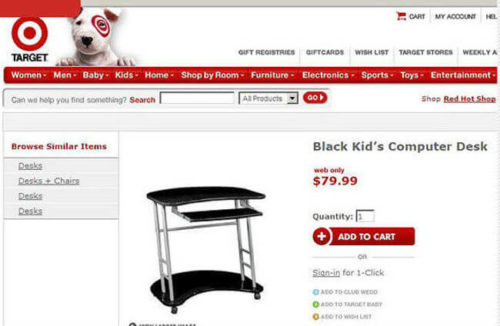 Arguments against mine are simply that a 1978 Columbia pinwheel really does resemble the swastika when stretched and poorly made.

Here’s someone clearly shocked to realize just how bad Columbia manufacturing can get — and hopefully nobody really wants to argue here low quality and sloppy knits are carefully planned:

It’s a terrible outcome, yet I maintain this is far too apocryphal for people who fled Nazi Germany to restart the same business in America, their daughter to next use the symbol of her parents’ persecutors as their logo, which shows when product quality declines.

She may have been unintentionally influenced by the pain of swastikas, I see nothing yet to justify the case she instead wanted to spread Nazism through cheap socks.

I mean that’s a bit like asking me if every single pinwheel or rotational quadrant we see (common design in history) is a swastika. For example, here’s the Stanford-born Sun Microsystems logo from 1982, probably designed while wearing a Columbia jacket. 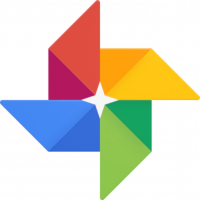 I’ve roundly criticized Stanford, yet I do not see in any way how these pinwheel logos of theirs symbolize that school’s genocidal heritage.

In that context, some symbols are just so obviously obvious (and meant as such) we shouldn’t even have to discuss them.

Clint Watts today tweeted a report to Telegram worth mentioning:

[email protected] – there’s an issue on your platform, a channel posing as the President (presumably a fake or hacked account) is inciting violence and advocating that Biden should be killed. The channel has >350K members. Might want to take a look. (trump_33)

33 means the KKK, as documented in federal trial for 33 year old Alexander DeFelice.

“The eleventh letter of the alphabet is K,” Nill told the jury explaining that “three times 11 is 33.”

It’s not a swastika, it’s as bad or worse because of context.

That 33 alone should have been the red flag loooooong before inciting violence and advocating death started to flow, and even before it had followers.

In a similar vein, hate groups in America are waving flags and using symbols that very clearly show intent to do harm.

It’s illegal. So why aren’t they being arrested?

Armed ‘militias’ are illegal. Will authorities finally crack down…? 29 states have criminal statutes outlawing private militias…. These laws have been tested in the Supreme Court dating back to 1886…

It’s not that hard to see where this line is drawn and when speech is not protected in America. Don’t believe anyone who says speech is unrestricted. That is false and the courts have said so many times in conviction of criminals trying to hide behind speech laws.

We’re way past the time to reject the platitudes of seemingly incompetent big tech security officers who’ve argued that telling them to block imminent harms makes their product Orwellian.

Not having power sure can suck. We should aim to keep power flowing unless we’re talking about being killed by power. Then shut it down BEFORE the killings.

…his company had been able to limit ISIS’ use of their network, technical and legal reasons meant they couldn’t apply the very same measures to far-right extremists. But after several more social media-linked mass killings — Christchurch, El Paso, etc. — what he’d said was “impossible” suddenly became possible.

It’s why we have ground fault circuit interrupts (GFCI), amiright?

When a trump_33 comes down that pipe… interrupt. Again, this is not rocket science.

*** This is a Security Bloggers Network syndicated blog from flyingpenguin authored by Davi Ottenheimer. Read the original post at: https://www.flyingpenguin.com/?p=31034 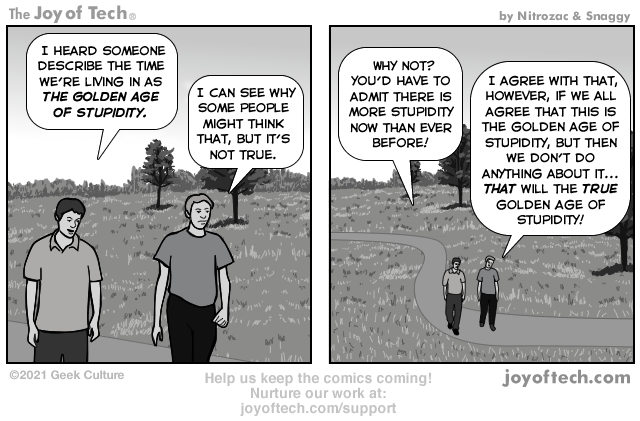 The Joy of Tech® ‘The Golden Age of Stupidity?’