I don’t think anyone has ever marketed James Bond movies properly for what they really are.

Look at this awful release poster for “Diamonds are Forever” and tell me the whole narrative from the beginning has been anything more than misogynist garbage: 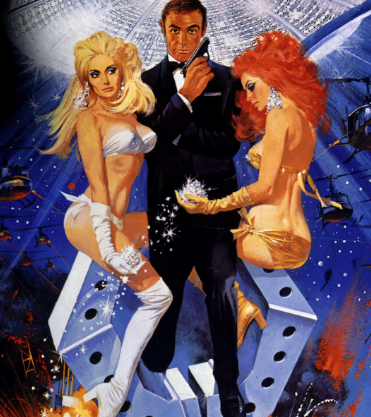 Do my words sound harsh? If so, then here’s how the creator of James Bond describes his own man:

“He’s got his vices and very few perceptible virtues except patriotism and courage, which are probably not virtues anyway.” Read that again. He has vices. He doesn’t have any real virtues. If you think James Bond is a fascist pig then Fleming seems largely on your side.

Just to reiterate it should not be news to say James Bond is an awful human being and his stories are warnings about an asset-fueled self-centered toxic world we should never want.

Alas, an actor is said to be making waves recently by saying just this, and what has always been true.

In a new interview with The Red Bulletin, the actor dryly shuts down Bond’s purported chivalry. What can audiences learn from 007 and apply to their day-to-day lives? Nothing, according to Craig. “Let’s not forget that he’s actually a misogynist,” Craig said.

Chivalry what? He’s a villain.

And to be frank the actor could do more good by ensuring he doesn’t take the role unless it’s portrayed the way he wants it to be seen. Integrity, no?

So who calls a villain chivalrous? That’s like saying General Lee was a successful leader in the Civil War (don’t laugh too hard yet, since some in the US Army just published a podcast… which I won’t link here because it’s that awful).

Anyway, “Diamonds are Forever” is a movie about assets and the underworld use of them.

It’s basically foreshadowing of the bitcoin and blockchain “bros” who today are messaging all over the place that they’ve figured out how to get to some “better” future world… without realizing they’re painting a 1960s-era James Bond poster and taking themselves far too seriously.

When people come at me with bubbling “bitcoin” this and “blockchain” that to describe their future fantasy I have to wonder if they will ever accept 007 is lame misogynist fiction garbage and diamonds are not precious.

Nobody with any sense of reality or humanity really wants such visions of future.

Perhaps if people watched more of “OSS 117 : Le Caire, nid d’espions” instead we could laugh about all this instead of cry (foul)? 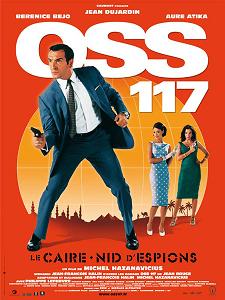 *** This is a Security Bloggers Network syndicated blog from flyingpenguin authored by Davi Ottenheimer. Read the original post at: https://www.flyingpenguin.com/?p=31398

FCC Proposes Stricter Regulations for Data Breach Disclosure
Teachable Moment: An Insider Threat on Your Team
Deloitte Extends Managed Security Service to Include XDR
Protecting Data in the Cloud: A Work in Progress
Does Your Cyberinsurance Policy Cover Cyberwar?
How to Back Up and Restore Your Linux System Using the Rsync Utility
Taking Forensic Disk Images from the OVH Cloud
Gartner Sees Promise in Moving Target Defense
20 Years of SIEM: Celebrating My Dubious Anniversary
Critical OWASP Top 10 API Security Threats