SHA-1 is a commonly used cryptographic hash algorithm that has been used for nearly 2 decades to secure online communications. It was originally designed for government use, but an exploit was discovered and its official government use was phased out.

Considering the immense cost and computing power required for the exploit, SHA-1 was deemed secure enough for everyday network use. But as time has gone on, the hash has become significantly easier to crack and alternatives must be considered for secure network communication.

As stated above, SHA-1 is a cryptographic hash algorithm. A hash can be thought of as a fingerprint on a message that ensures the message is authentic and can be trusted by the receiver. This can be an identifier on communications such as an email, software update, a cryptographic key, and many more.

One of the most commonly encountered uses of SHA-1 is during credential authentication. One such authentication method that uses the hash is EAP-TTLS/PAP. SHA-1 hash is used to authenticate messages sent between the client and server during the TLS handshake. Considering EAP-TTLS/PAP sends messages in cleartext, the prospect that the hash algorithm has been cracked poses an even greater risk to secure authentication.

But how was SHA-1 cracked? And is it still a viable hash algorithm in 2020?

How SHA-1 Was Cracked?

Unfortunately, the tale of SHA-1 as a secure hash has gone from bad to worse. It has been officially “cracked” more than once and has gotten easier and less expensive to exploit over time.

In 2005, researchers at the Shandong University in China found a collision attack technique that was able to effectively overcome SHA-1. A collision attack is a method of finding two inputs that produce the same hash value, allowing you to work backwards to discover the hash algorithm. In a mathematical equation, it can be broken down as follows:

The collision attack required significantly fewer actions than a brute force attack, allowing it to be completed with far fewer resources. The attack could cost upwards of $110,000 to $560,000. Considering the value of the data protected by the hash, this cost could certainly be regained. The collision attack showed that bad actors had the capabilities to insert malware into regular internet traffic with relative ease and profit from the data they collected.

The second major attack that has greatly diminished the viability of SHA-1 is focused on exploiting PGP keys. A PGP key is a passphrase used to encrypt your private key, and thus your communications. A more efficient collision attack was discovered which takes advantage of the PGP using SHA-1 hash.

The attacker uses the collision attack to decipher the hash and create a PGP key that is identical to the legitimate user’s key. As a result, the bad actor is able to impersonate the user’s key and intercept communications, often through a Man-in-the-Middle (MITM) attack. The cost of the attack can be as low as $50,000 to $11,000 to complete, making it far more accessible for those determined to break through SHA-1 encryption. 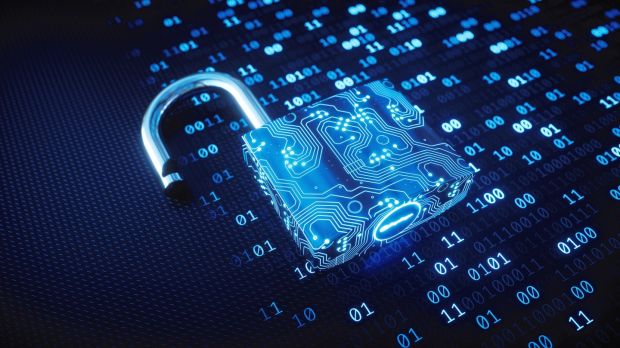 Replacing SHA-1 With An EAP-TLS Method

The SHA-1 hash algorithm has shown to be particularly vulnerable to outside attacks and adds to the dubious reliability of credential-based authentication. More and more, organizations are switching to certificates as an effective alternative for secure communications.

A drawback that is often mentioned is the historically perceived difficulties of managing certificates. With certificate solutions from SecureW2, configuration and management become a breeze. Best-in-class JoinNow enrollment software allows users to self-configure in a few simple steps and be securely connected to the network for the life of the certificate. No password resets, no lengthy authentication process, just secure, uninterrupted network connection.

The use of SHA-1 has gone down considerably in recent years, and the PGP exploit may be the final nail in the coffin. Many browsers and organizations have ceased to support it. By modern cybersecurity standards, it cannot be seen as appropriate for those organizations that have huge amounts of incredibly valuable data. Check out SecureW2’s pricing page to see if our certificate solutions are the answer to your security needs.

The post It’s Time For SHA-1 Hash To End appeared first on SecureW2.

*** This is a Security Bloggers Network syndicated blog from SecureW2 authored by Jake Ludin. Read the original post at: https://www.securew2.com/blog/its-time-for-sha-1-hash-to-end/

Of Pipelines And Cybersecurity
DarkSide Offered Ransomware-as-a-Service Before Pipeline Attack
Colonial Pipeline FAIL: Ransomware Gang Threatens Gas Supplies
Beyond MFA: Adding Context For Secure Access
The Perils of a Running Start: Can You Skip SOC 2 Type 1?
Will Full Autonomy Ever Be Realized?
World Password Day, Tesla Hacking via Drone, Ipsos Screenwise Panel
Protect Your Data from the Dark Side with This Multifunctional Weapon
Inside the DarkSide Ransomware Attack on Colonial Pipeline
Dealing with DarkSide