Users today want more. The ubiquity and convenience of
online competition means that customers want everything better, faster, and
cheaper. One key component of the user experience is service availability.
Customers expect applications and online services to be constantly available
and responsive.

The problem, however, is that a new generation of larger and more sophisticated Distributed Denial of Service (DDoS) attacks is making DDoS protection a more challenging task than ever before. Massive IoT botnets are resulting in ever-larger volumetric DDoS attacks, while more sophisticated application-layer attacks find new ways of exhausting server resources. Above all, the ongoing shift to encrypted traffic is creating a new challenge with potent SSL DDoS floods.

As DDoS attacks become more complex, organizations require more elaborate protections to mitigate such attacks. However, in order to
guarantee complete protection, many types of attacks – particularly the more sophisticated ones – require visibility into both inbound and outbound
channels.

[You may also like: DDoS Protection Requires Looking Both Ways]

Attacks such as large-file DDoS attacks, ACK floods, scanning attacks, and others exploit the outbound communication channel for attacks that cannot be identified just by looking at ingress traffic. Such attacks are executed by sending small numbers of inbound requests, which have an asymmetric and disproportionate impact either on the outbound channel, or computing resources inside the network.

On top of that, SSL/TLS traffic encryption is adding another
layer of complexity. Within a short time, the majority of internet traffic has become encrypted. Traffic encryption helps secure customer data, and users now expect security to be part of the service experience. According to the Mozilla Foundation’s Let’s Encrypt project, nearly 80% of worldwide internet traffic is already encrypted, and the rate is constantly growing.

[You may also like: HTTPS: The Myth of Secure Encrypted Traffic Exposed]

Ironically, while SSL/TLS is critical for securing user data, it also creates significant management challenges, and exposes services to a new generation of powerful DDoS attacks:

The problem, however, is that existing anti-DDoS defenses
are unable to provide solutions that provide high-capacity volumetric
protection while providing bi-directional protection required by sophisticated
types of attacks.

On-Premise Appliances provide high level of
protection against a wide variety of DDoS attacks, while providing very low
latency and fast response. In addition, being on-premise, they allow companies
to deal with SSL-based attacks without exposing their encryption keys to the
outside world. Since they have visibility into both inbound and outbound
traffic, they offer bi-directional protection against symmetric DDoS attacks.
However, physical appliance can’t deal with large-scale volumetric attacks
which have become commonplace in the era of massive IoT botnets.

Cloud-based DDoS protection services, on the other hand, possess the bandwidth to deal with large-scale volumetric attacks. However, they offer visibility only into the inbound communication channel. Thus, they have a hard time protecting against bi-directional DDoS attacks. Moreover, cloud-based SSL DDoS defenses – if the vendor has those at all – frequently require that the organization upload their SSL certificates online, increasing the risk of those keys being exposed.

For companies that place a high premium on the user experience, and wish to avoid even the slightest possible downtime as a result of DDoS attacks, the optimal solution is to deploy an always-on hybrid solution.

The hybrid approach to DDoS protection combines an on-premise hardware appliance with always-on cloud-based scrubbing capacity. This helps ensure that services are protected against any type of attack.

[You may also like: Application Delivery Use Cases for Cloud and On-Premise Applications]

Benefits of the Hybrid Always-On Model

[You may also like: Does Size Matter? Capacity Considerations When Selecting a DDoS Mitigation Service]

Guaranteeing service availability while simultaneously ensuring the quality of the customer experience is a multi-faceted and complex proposition. Organizations are challenged by growth in the size of DDoS attacks, the increase in sophistication of application-layer DDoS attacks, and the challenges brought about by the shift to SSL encryption.

Deploying a hybrid always-on solution allows for both inbound and outbound visibility into traffic, enhanced protections for application-layer and encrypted traffic, and allows for SSL keys to be kept in-house, without exposing them to the outside.

*** This is a Security Bloggers Network syndicated blog from Radware Blog authored by Eyal Arazi. Read the original post at: https://blog.radware.com/security/2019/06/why-hybrid-always-on-protection-is-your-best-bet/

It’s Time to Get Serious About Managing Privileged Accounts 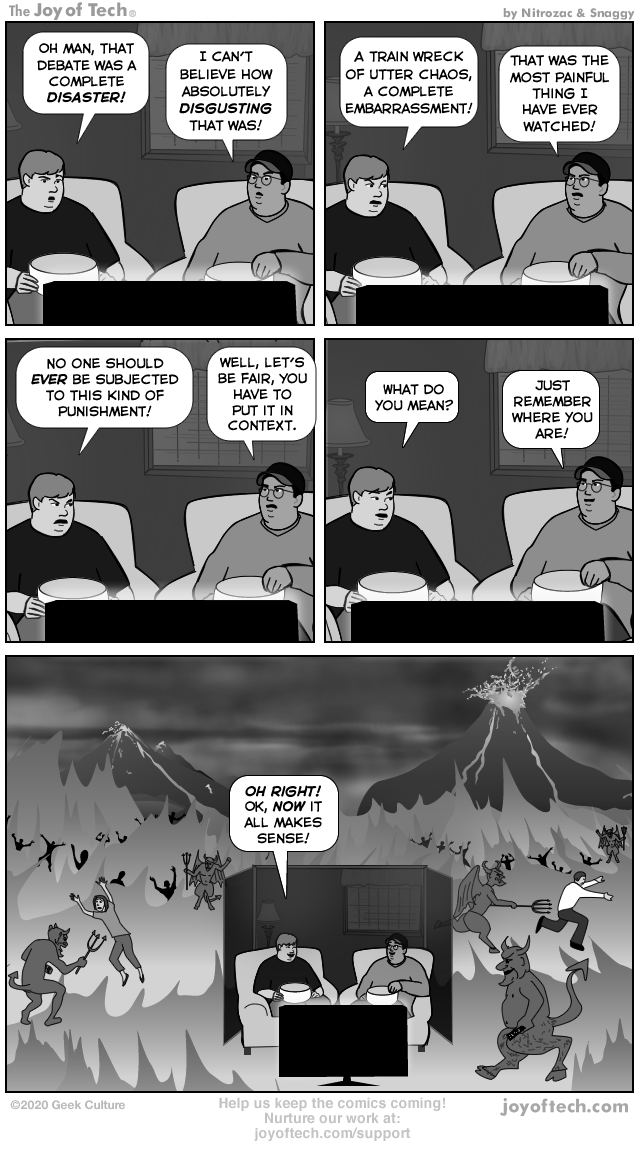 The Joy of Tech® ‘Debate Pain’