The 2019 Verizon Data Breach Investigations Report (DBIR) was released today, and I was lucky enough to be handed a hot off the press physical copy while at the Global Cyber Alliance Cyber Trends 2019 event at Mansion House, London. For me, the DBIR provides the most insightful view on the evolving threat landscape, and is the most valuable annual “state of the nation” report in the security industry. 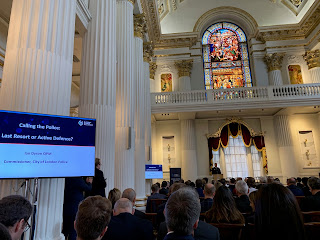 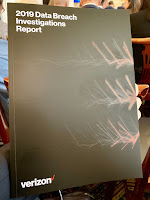 The DBIR has evolved since its initial release in 2008, when it was payment card data breach and Verizon breach investigations data focused. This year’s DBIR involved the analysis of 41,686 security incidents from 66 global data sources in addition to Verizon. The analysed findings are expertly presented over 77 pages, using simple charts supported by ‘plain English’ astute explanations, reason why then, the DBIR is one of the most quoted reports in presentations and within industry sales collateral.

*** This is a Security Bloggers Network syndicated blog from IT Security Expert Blog authored by SecurityExpert. Read the original post at: http://feedproxy.google.com/~r/securityexpert/~3/A7YD0Zi3dJA/2019-verizon-data-breach-investigations.html