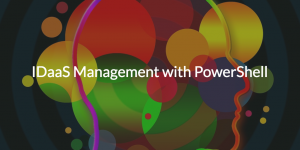 Long revered by IT admins, PowerShell is a Microsoft® automation framework. IT organizations using PowerShell can execute tasks programmatically without interacting with APIs. In the cloud era, however, with the decline of Active Directory®, PowerShell may not be as useful as it once was. Regarding modern solutions specifically, IT admins are curious about PowerShell’s capabilities with regards to Identity-as-a-Service (IDaaS) solutions. Is it possible to have IDaaS management with PowerShell? The very short answer is yes, it is possible, but we need to unpack that question because there is a lot going on below the surface.

What Exactly is IDaaS? 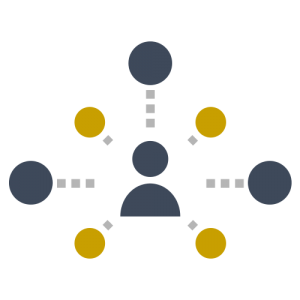 The first issue to talk about is what exactly IDaaS is. Identity-as-a-Service is a new generation of identity and access management (IAM) solutions from the cloud. Historically, the on-prem IAM solution of choice was Microsoft® Active Directory® (AD). During its early days, AD was capable of handling all of the resources within its reach. That, of course, was due to the fact that the resources at the time were widely Windows®-based, putting them directly in AD’s wheelhouse.

As the IT landscape started to include web applications, first generation IDaaS platforms were cloud-based web application single sign-on solutions. While they had a fancy name, Identity-as-a-Service, they weren’t replacements to the on-prem AD platform. In fact, IDaaS solutions became widely used as add-ons to AD to help bridge the gap between on-prem IAM tools and the cloud. Of course, one tool consistently used with AD instances is Powershell.

So, What is PowerShell?

PowerShell, as we said before, is an automation framework created by Microsoft. The task automation tool is used to create programmatic efficiency for IT organizations by enacting commands, scripts, or programs at scale automatically. The beauty of PowerShell is that the function can be used by admins of all sorts, even those who are less interested in coding than others. PowerShell abstracts APIs by acting as a communique between an admin’s ideas and AD.

Because AD and PowerShell are both Microsoft solutions, they worked well together, enabling IT admins to maximize the (Read more...)

*** This is a Security Bloggers Network syndicated blog from Blog – JumpCloud authored by Zach DeMeyer. Read the original post at: https://jumpcloud.com/blog/idaas-management-powershell