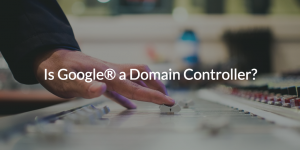 As more IT management tools and software shifts to the cloud, IT admins are wondering if Google® can act as a domain controller. It makes sense to ask that question, because with the introduction of Google Cloud Identity Management™, people are wise to wonder what sort of capabilities this service offers. Some admins are interested because they may want to finally ditch their on-prem Microsoft® Active Directory®(AD or MAD) implementation. Others are intrigued by the idea of leveraging G Suite™ identities for their systems and on-prem file servers and applications. So, is Google a domain controller?

Google’s Push into the Enterprise

Stemming from Google’s push into the enterprise, as highlighted by solutions like Google Apps™ (now called G Suite™) and Google Cloud Platform™ (GCP), users now find themselves leveraging Google services for a significant portion of their work day. Whether they’re creating documents or spreadsheets in G Suite or spinning up virtual machines with Google Compute Engine™, it just makes sense to try and centralize identities around the tools that users employ with the most regularity. Unfortunately, any dream of a centralized identity by way of Google Cloud Identity Management gets dashed when admins learn that the identity service is essentially a single sign-on (SSO) solution for Google services and other web apps. Google isn’t a full-fledged directory service. If admins hope to manage systems, networks, and apps that exist outside of Google’s walled garden from one centralized location, then they’ll need to integrate Google with a real directory service. Conventionally, that has meant investing in a domain controller and AD.

Google Adds On to the Domain Controller 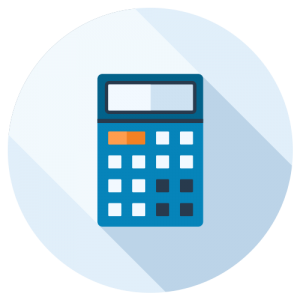 It is apparent that Google Cloud Identity Management is not authenticating users to systems (Windows, Mac®, Linux®), on-prem applications, WiFi, or competing cloud infrastructure solutions like AWS® and Azure®. The result is that IT admins have to run their productivity platform and other cloud resources from Google, but use directory services for system and network management

However, as the shift to the cloud (Read more...)

*** This is a Security Bloggers Network syndicated blog from Blog – JumpCloud authored by Ryan Squires. Read the original post at: https://jumpcloud.com/blog/is-google-a-domain-controller