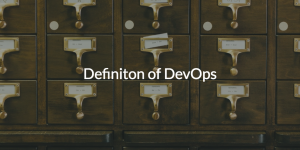 DevOps. It sounds like it could be a type of military special forces, doesn’t it? In reality, DevOps is a methodology/mindset behind software creation. DevOps is one of the more widely adopted forms of releasing software to market. But, what is the actual definition of DevOps?

The answer is rather hotly contested. To sum up, DevOps is the combination of development (Dev) and operations (Ops), but when you get down to it, it is more in depth than that. To understand DevOps, we must look at the software creation methods before it. 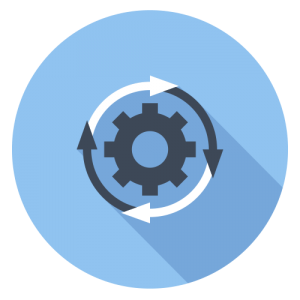 Taking a step back, the Waterfall development method was one of the earlier techniques employed by software companies. Waterfall is a cyclical approach to software, and involves several repetitious stages. First, software is extensively planned then passed to Development to, you guessed it, develop. It then makes its way to Operations to be tested, then returned to Development to improve, etc. Unfortunately, with this method, if a project’s scope changes mid-development, the created software becomes essentially useless, resulting in a large waste of money and time. 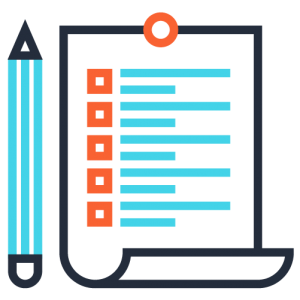 The Agile development method was created to counter that major set back. Agile uses a multitude of smaller releases, with bug fixes in subsequent releases or outright changes if the project changes as well, hence “agile.” While useful, Agile comes with its own downsides. For one, creating multiple iterations of a software can cause a disjointed connection between that software and others it cooperates with. Agile also puts deadlines on the back burner because, in theory, releases are occuring often, which, in turn, can wreak havoc to a live production environment.

The Generally Accepted Definition of DevOps 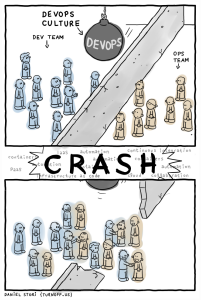 DevOps is, in a sense, an extension of Agile. It utilizes a similar form of continuous releases, but relies heavily on collaboration. With DevOps, Development and Operations are in constant communication, ensuring that software is released in an efficient, effective, and ultimately timely matter. DevOps creates a culture of understanding between both teams, and ultimately, the entire company. Removing the barriers between these two teams has been so (Read more...)

*** This is a Security Bloggers Network syndicated blog from Blog – JumpCloud authored by Zach DeMeyer. Read the original post at: https://jumpcloud.com/blog/definition-of-devops/

Daniel Stori’s ‘To Save The DevOps World’