Sometime in the late 1980s I managed to push a fake “bomb” screen to Macintosh users in networked computer labs. It looked something like this:

There wasn’t anything wrong with the system. I simply wanted the users in a remote room to restart because I had pushed an “extension” to their system that allowed me remote control of their speaker (and microphone). They always pushed the restart button. Why wouldn’t they?

Once they restarted I was able to speak to them from my microphone. In those days it was mostly burps and jokes, mischievous stuff, because it was fun to surprise users and listen to their reactions.

A few years later, as I was burrowing around in the dusty archives of the University of London (sadly which no longer exists, but Duke University has a huge collection), I found leaflets that had been dropped by the Allies into occupied Ethiopia during WWII. There in my hand was the actual leaflet, and a color copy soon became a page in my graduate degree thesis.

For years after that when I would receive a greeting card with a tiny speaker and silly voice or song I would take it apart. Eventually I had a drawer full of these tiny “talking paper” devices, which sometimes I would modify and try to sneak into a friend’s book as a surprise. 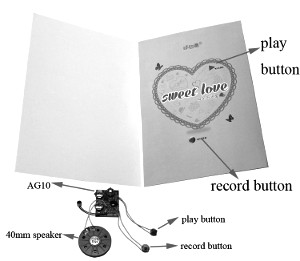 One of my favorites had a tiny plastic box that upon sensing light would yodel “YAHOOOOOO!” I tended to leave it near my bed so I could be awakened by yodeling, to set the tone of the new day. Of course when anyone else walked into the room and turned on the light their eyes would grow wide and I’d hear the invariable “WTF WAS THAT?”

Fast forward to today and I’m pleased to hear that “talking paper” technology is getting thinner, lighter and more durable. In areas of the world where Facebook doesn’t reach, military researchers still believe psychological manipulation requires deploying their own small remote platforms that can talk. At some point there will be cross-over, which I tried to suggest in my presentation slides from recent years: 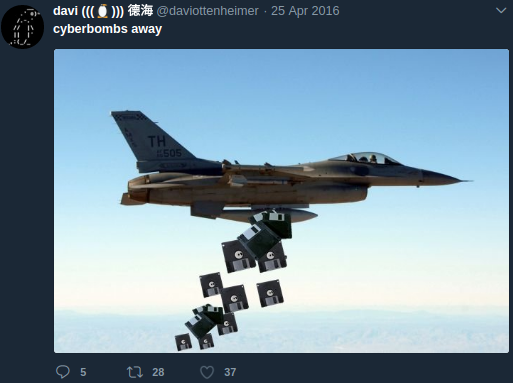 While some tell us a shift from leaflets to things that speak is a matter of literacy, we all can see in this DefenseOne story how sounds can be worth a thousand words.

Over time, the operation had the desired effect, culminating in the defection of Michael Omono, Kony’s radio telephone operator and a key intelligence source. Army Col. Bethany C. Aragon described the operation from the perspective of Omono.

“You are working for a leader who is clearly unhinged and not inspired by the original motivations that people join the Lord’s Resistance Army for. [Omono] is susceptible. Then, as he’s walking through the jungle, he hears [a recording of] his mother’s voice and her message begging him to come home. He sees leaflets with his daughter’s picture begging him to come home, from his uncle that raised him and was a father to him.”

Is anyone else wondering if Omono had been a typewriter operator instead of radio telephone whether the US Army could have convinced him via print alone?

Much of the story about the “new” talking paper technology is speculative about the market, like allowing recipients to be targeted by biometrics. Of course if you want a message to spread widely and quickly via sound (as he’s walking through the jungle), using biometric authenticators to prevent it from spreading at all makes basically no sense.

On the other hand (pun not intended) if a written page will speak only when a targeted person touches it, that sounds like a great way to evolve the envelope/letter boundary concepts. On the paper is the address of the recipient, which everyone and anyone can see, much like how an email address or phone number sits exposed on encrypted messaging. Only when the recipient touches it or looks at it, and their biometrics are verified, does it let out the secret “YAHOOOO!”

*** This is a Security Bloggers Network syndicated blog from flyingpenguin authored by Davi Ottenheimer. Read the original post at: http://www.flyingpenguin.com/?p=22910