It’s no secret that our main mission is to make software and its development safe; secure from the very beginning of production. Our vision sets a new benchmark for software development, where developers are empowered with the skills and knowledge detect vulnerable code during the writing process and fix it before it even becomes an issue.

So, with that in mind, you may think we’re delighted to hear of new data breaches, cyber attacks and exploited code affecting companies all over the world – those incidents certainly highlight the need for our service in multiple verticals. The truth is, it’s quite frustrating. It’s clear that as an industry we are making the same mistakes time and time again, because most security education just isn’t robust enough to minimise risk and stop these breaches.

The latest data breach victim is Ticketmaster. If you were among the thousands of affected customers, you’d have received an email notifying you of the incident and to change your password. No-one expects to have their personal data violated simply for buying tickets to a concert or sporting event, yet here we are.

It’s an awful situation for everyone. Detrimental to Ticketmaster’s reputation and a rotten customer experience. There’s one problem though: it wasn’t entirely their fault.

You see, the company utilized the services of a third-party customer support application from Inbenta Technologies. Ticketmaster UK discovered that the product contained malicious code, leading to five percent of their global customer data being compromised.

And how exactly did hackers manage to exploit this system? They manipulated a single line of JavaScript code, customized by Inbenta Technologies for Ticketmaster’s requirements. According to Inbenta, the code was used on a page it was not built to accommodate, and had they known, would have identified it as a security vulnerability.

The vulnerability itself is essentially a file upload/storage library security issue, wherein just one breach can affect every site on which the same code is loaded. The code can be modified to collect and reroute personal data to the attackers, just for starters. This is a simple exploit with far-reaching damage potential, and it is something we are working on defending against with a range of in-platform training exercises for developers.

Of course, it’s virtually impossible to run a business without relying on some third-party applications. However, you have no control over how they build their software, and essentially zero visibility on the security strength of their code. It becomes a trust exercise. If your third-party partner is lax in their secure coding practices, you may be opening the door to a breach in your company.

So, what’s the solution? Put simply: we all must do better. We must stop thinking of security as an irritating obstacle on the path of company innovation.

It is easier than you think to empower your dev team with the right tools and knowledge to embrace security and stop bad code in its tracks. We have been pleased to see so many of the world’s largest and most well-known financial institutions, telecommunications, retail and tech companies adopt this new approach, but it shouldn’t be the sole domain of Fortune 100 companies to take steps in security education. Every company that counts developers among their staff needs the training to code securely.

The recently released white paper I wrote in conjunction with our CTO Matias Madou, showcases the benefits of building a security culture in your organisation and why it is key to unlocking innovation, staying agile and reducing the financial impact of insecure code.

* How to make security training relevant and engaging for developers

* How to teach developers to identify and fix their own issues

* How to help developers securely construct their own code.

I invite you to download this resource and use it to champion security in your organisation, build the skills of your team and be at the forefront of setting a higher standard of code.

We must stop thinking of security as an irritating obstacle on the path of company innovation. 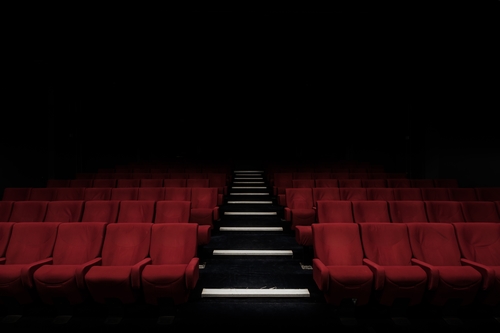 *** This is a Security Bloggers Network syndicated blog from Secure Code Warrior authored by Secure Code Warrior. Read the original post at: https://insights.securecodewarrior.com/post/102eyit/more-breaches-more-problems-the-cost-of-trust-in-third-party-apps