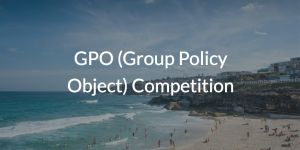 The concept of Group Policy Objects (GPO) has been a brilliant one for Microsoft® Active Directory® (AD). The ability to manage user controls on an as-needed basis for Microsoft Windows®-based users and systems is ideal for many IT admins. As the IT landscape has shifted away from Windows to other platforms, however, IT admins have come to discover that the traditional concept of GPOs can be limiting. Due to this, a question has cropped up among IT admins: is there GPO competition in the market that is cross-platform?

The short answer is, yes, there is a GPO-like alternative. It is called JumpCloud® Directory-as-a-Service® and it is delivered from the cloud for on-prem, web-based, and remote IT resources, including Windows, Mac®, and Linux® systems.

GPOs in the Beginning 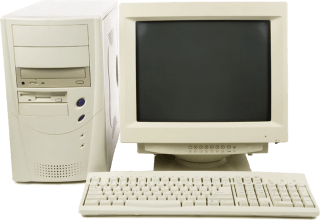 GPOs are a core part of the value of AD in IT networks. IT admins use GPOs to execute tasks, increase security, and baseline configurations to their standard. GPOs enable IT organizations to quickly and easily enforce standards on their fleet of Windows systems, improving portability, scalability, productivity, and deployment. Not surprisingly, IT admins found this approach to be highly advantageous, and AD GPOs quickly became the de facto standard for group-based policy management for most IT organizations –– at least as far as IT admins are concerned.

It makes sense why GPOs quickly became the market-leading standard in how to manage a fleet of Windows machines. Active Directory was the standard for identity services in Windows networks, after all, and we all know that Windows was the standard operating system within organizations for many years. So, the idea that IT admins leveraged GPOs makes a lot of sense when you think about the trickle down impact of Microsoft’s dominance.

A GPO for the Future 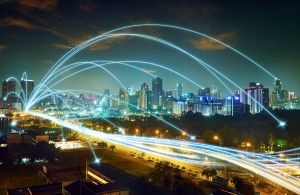 Over the last decade, however, Microsoft’s dominance has been waning. Mac and Linux machines are more popular than ever; ComputerWorld predicts that macOS system sales will overtake Windows sales by 2019. Additionally, traditional on-prem resources have migrated to the cloud with web-based data centers like AWS® or Google (Read more...)

*** This is a Security Bloggers Network syndicated blog from Blog – JumpCloud authored by Zach DeMeyer. Read the original post at: https://jumpcloud.com/blog/gpo-competition/

Most Android Phones Can Be Pwned Just by Watching a Video
Cloud Security Challenges in the Next Phase of WFH
TikTok and National Security: The Need for a Comprehensive U.S. Privacy Law
Shark Week: Avoid Being Cyber Bait in Uncharted Waters
How to Manage WFH Risks Through COVID-19 and Beyond
The State of Civil Aviation Cybersecurity
Security BSides Athens 2020 – Talk 09 – Leonardo Di Donato’s ‘Falco: Runtime Security Analysis Through syscalls’
Cloud Breaches to Become Faster and Bigger, Research Suggests
12 Hot Takes on How Red Teaming Takes Pen Testing to the Next Level
BBB Warns of Scammers Targeting Immigrants Aspiring to a US Visa

How CSPs Can Build Trust With 5G Security

XKCD ‘Wish On A Shooting Star’