Perhaps we’re speaking with a teensy bit of bias, but here at Secure Code Warrior, we think a career in software development and engineering is an exciting, rewarding path for any individual to follow (and it’s getting bigger every day!).

June 23 is International Women in Engineering Day. In celebration, we sat down with Lucy T*, a senior developer for one of the Asia-Pacific region’s largest telecommunications companies, to learn more about her experience, career and future plans. An enthusiastic, whip-smart individual, Lucy’s expertise spans more than a decade – across several languages, platforms and projects. Her workspace is a reflection of her technological prowess, with a self-built high-end gaming rig and 3D printer the centrepiece of her engine room.

When asked to reflect on her software development beginnings, she cracks a wry smile, “I fell into it by accident. I started out in design at uni and then discovered it wasn’t anything like what I thought it was going to be, so I dropped out of that. I struggled to think of something that I would like enough to do as a career, and figured well, I’ve always enjoyed computers, my father works with computers. I’ll do a computer science degree and see how I go. I discovered that yeah, I actually do quite enjoy that. I thought I would end up in an infrastructure or service support sort of career, and then got a development opportunity in a graduate program. Turns out that’s exactly where I needed to be.” As a rule, Lucy isn’t big on luck. Highly logical and a meticulous planner, she mulls over this happy accident well aware of the irony.

More than ten years on, her day-to-day duties mainly revolve around specialised project work, supporting large systems with new feature implementation and fixing of defects. With thousands of users navigating her platforms on any given day, she’s often on-call for rapid patch deployment and guiding colleagues on viable solutions: “When we’ve got a large project involving the introduction of a whole new set of functionality into the system, that’s where things can get tricky. It’s paramount to keep the existing service running, but general support like explaining to users how to perform a new function also factors in.”

Her tenure and skill-set often require her to jump between platforms and languages, keeping multiple projects well-supported. Her background includes six years of .NET development in C#, but she has since expanded to JavaScript, Java and several platform-specific APIs. When asked to play favourites, she sighs deeply, resting her chin in her hand. “What I appreciate most is flexibility. That’s what stands out about JavaScript now that I’m using it from day-to-day. I will say, though, that I absolutely hate Java, which is funny because people tell me that C# is like Java… it’s not, at all. Java pretty much sucks.” She erupts into laughter, scaring her giant fluffy cat off the couch. Her bluntness is refreshing.

Lucy’s seniority in the team can also mean that she is the one championing the security aspect of her job, especially to recent graduates or junior developers being welcomed to the fold: “In my field, security is obviously a huge priority. No one wants a very expensive fine from exposing data. The organisation’s very aware of sensitive information, personally identifiable information, all that kind of thing. In my current IT team, it’s important that the things we develop are properly locked down from a security perspective. Only the right people should be looking at this data, accessing this data, and not have inappropriate permission such as editing versus just reading. I make it a priority to emphasize this with anyone new coming on the team.”

We took Lucy through the Secure Code Warrior platform demo, something she conquered with impressive ease: “I like how this is very specific to the programming language. I find that most security courses that I’ve undertaken in the past are very much an organizational level, ‘Oh, be careful of what kind of data you’re exposing,’ as opposed to actually looking at, ‘Well what am I doing for my day-to-day life, and what can I actually do from that perspective?’ This looks like a great way to start from a beginner level up to more experienced coders, in what they can actually do just in their day-to-day working life to make things safer.”

Our conversation turns to International Women in Engineering Day, and we ask her to ponder the challenges, if any, she has faced as a woman in such a male-dominated space. She is clearly in her element when it comes to software development – as well as highly skilled – but finds that certain tasks still default to her: “I think the main challenge is not so much that guys assume you’re not tech-inclined – that’s never been a problem for me. It’s more the assumption that as a woman, you will also be good at communication or that you will lean towards those kinds of communication-based skill-sets. Soft skills, documentation, all that kind of stuff. I have definitely found at times that I have been stuck with documentation work or with managing a customer relationship when that wasn’t part of my job description, just because my manager assumed that I’d be better at it as a woman.” Her infectious laughter boils over again. “I don’t enjoy interacting with people as much as everyone assumes I do!”

In our research, we discovered that many female developers lack a support network in their career, especially from female mentors. For Lucy, she feels – at least currently – that she is supported by managers and colleagues to thrive: “I think I’m in a supportive team at the moment. I’ve got supportive managers, I’ve got mentors. If I’m stuck on something, I have people that I can talk to for either immediate project help, or even career-based help such as where I can head in the future. Where someone in my position could aspire to be in a few years time, career goals, that kind of thing.”

Would she have had the same answer earlier in her career? “I definitely wouldn’t say this was indicative of my experience, say, seven years ago. Upon reflection, it was kind of lonely at times.”

For women staring down the path of a career in software development, Lucy is passionate about encouraging them. When asked if she had any particular advice, she sat forward in her chair, a picture of seriousness: “Put simply, do not underestimate yourself. Seek out other people in your position, and other women in the same career if you can. Just to get to know other people in a similar environment, to know that you’re not alone and that the things that you’re experiencing are pretty normal. That way, you might learn to value your own skills sooner, and realize that maybe those people that are saying, ‘Yeah, I’m excellent at this,’ are actually at the same level as you. They’re just better at saying they can do it, or are willing to say, ‘Yes, you should give me a shot at this.’ If you work hard, keep up to date, I guarantee you’re just as good as them. Take it and run with it.”

Initiatives like Code First: Girls, who are committed to helping 20,000 women learn to code by 2020, are helping to raise the profile of software development as a viable career for women, opening opportunities that would have perhaps gone otherwise unconsidered.

Secure Code Warrior co-founder and CTO, Matias Madou is also passionate about supporting the growth of women in the industry: “As a tech startup, it’s not easy to attract a diverse pool of talent willing to put in hard work and lots of hours to follow our mission to empower developers. Over the last six months, we have hired eight incredible women in both management and business positions. Our engineering team has about nine different nationalities and I strongly believe that diversity leads to creativity and more empathy. We are committed to ensuring our team is a place where women can thrive.”

(And hey, while we’ve got you: if you’re a developer looking for a new opportunity, we’re always seeking out talented coding warriors to join Team Awesome! Check out our Careers page.)

* Lucy T is a pseudonym to protect her identity as a secure development professional in a large corporation. She agreed to this interview on the condition of anonymity.

I thought I would end up in an infrastructure or service support sort of career, and then got a development opportunity in a graduate program. Turns out that’s exactly where I needed to be. 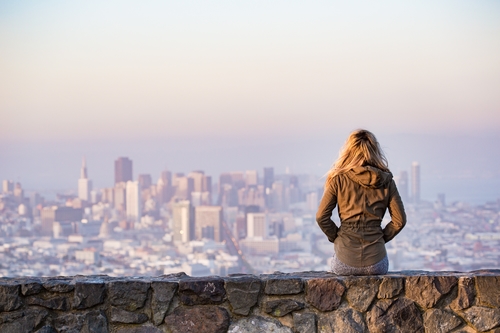 *** This is a Security Bloggers Network syndicated blog from Secure Code Warrior authored by Secure Code Warrior. Read the original post at: https://insights.securecodewarrior.com/post/102exuv/celebrating-international-women-in-engineering-day-meet-lucy