Some may say that China has always had an underlying current of xenophobia. Arrests and prosecutions of foreign nationals in China on unexplained or unidentified espionage charges continue. These actions continue to feed this narrative, as do the government’s efforts to enlist the eyes and ears of the populace to thwart foreign intelligence operations which undermine the national security of China.

Current counterintelligence and counterespionage education efforts are ample evidence that the children, teens and adults of the People’s Republic of China are being inculcated in such a manner as to inject each with a healthy dose of xenophobic awareness. The latest installment is the China’s Society of Education, a part of the Ministry of Education, and its release of a 10-minute educational cartoon (mp4 Chinese language), which, according to Quartz media, “demonstrates how – with the help of a grandparent – you can tell if someone in your family might be working for a foreign spy.”

Bless the grandparents, as they are the ones who share the history of the austere years and can perpetuate the threat presented by foreigners.

History of Xenophobia in China

One needs only to step back to the sixth century to understand why China might have a bit of xenophobia, especially surrounding the theft of state secretes. China watched its global dominance in the world of silk slip away with the smuggling of sericulture to the Byzantine Emperor Justinian I. Legend has it two monks did the dastardly deed, but the Sino-Platonic Papers on Justinian and the International Silk Trade show that it was the “shifting cultural and political world of international trade and relations … in which silk played a major role as a virtual currency.”

Today as then, we see China’s president/general secretary Xi Jinping advocating how the fate of the nation is everyone’s responsibility. The current 10-minute video is the third in a series of counterespionage educational blitzes which China has conducted to demonstrate the threat from foreign nationals and their businesses. 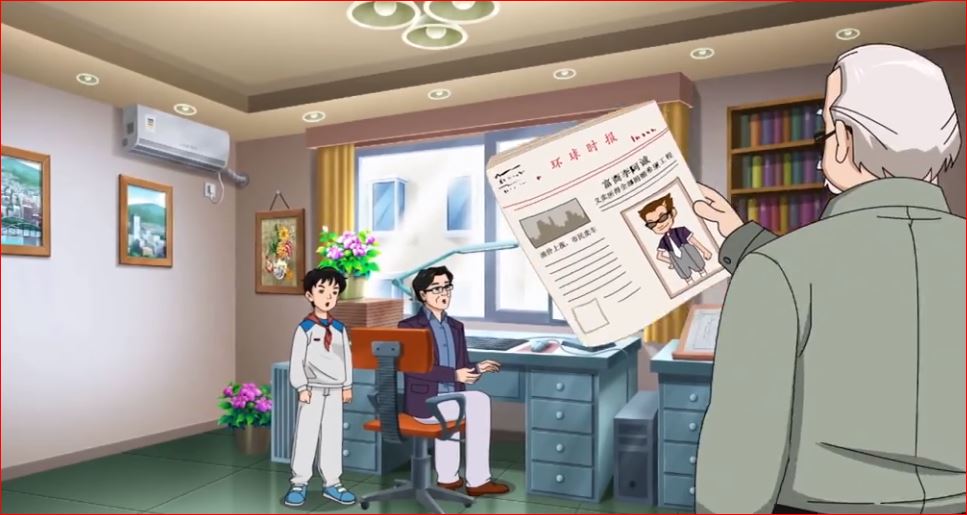 These training efforts are a product of the November 2014 China Counterespionage Law. The current cartoon was preceded by the April 2017 Ministry of State Security’s (MSS) video depicting Marvel’s superheroes as a threat to China’s security, emphasizing how the FBI and the CIA are working to undermine China’s national security and how it is each citizen’s responsibility to protect state secrets from the foreigners. 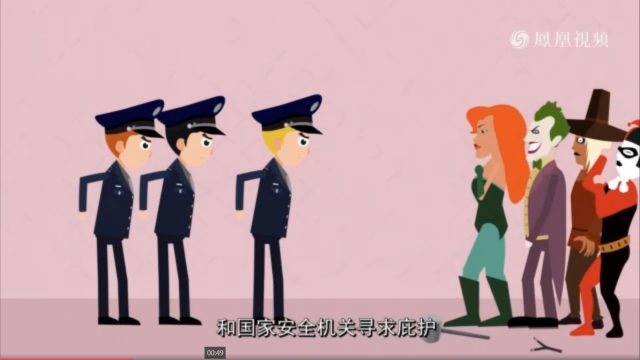 A Bounty on a Foreign Spy

In addition, Chinese citizens were offered a reward of up to 500,000 Yuan (~US$72,500) to identify and turn in foreign nationals engaged in “illegal activities which endanger national security.”

How many false positives will be generated by this effort remains to be seen, but one can be sure that every foreign national who meets a Chinese citizen in China should be aware that they are being viewed through the lens of this bounty. 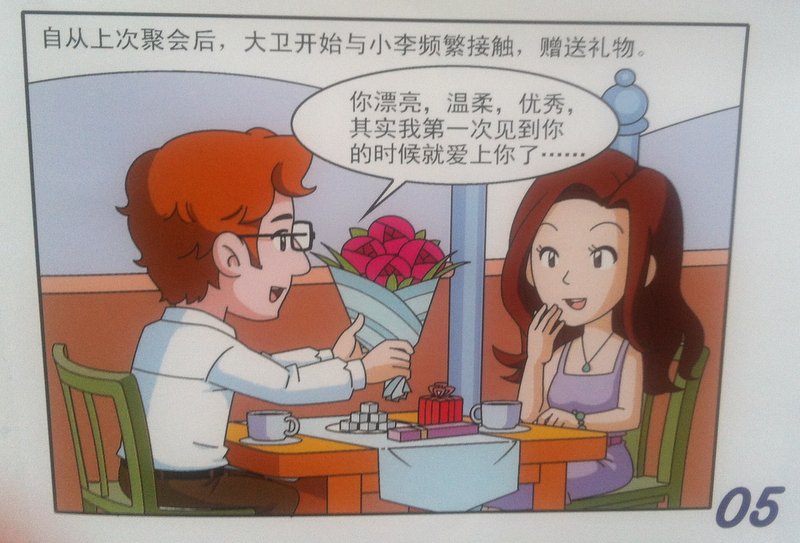 Stealing Secrets via ‘Amore’ aka ‘Honeytrap’

Love—or perceived love—is an avenue used by the Chinese to compromise foreign national visitors and residents for years.

One needs only look back to 2008, when an aide to then UK Prime Minister Brown met a young lady in Shanghai whose pheromones clearly overwhelmed the aide and back to his hotel room they went. The next morning the aide noted that his mobile phone, which contained his emails and other data pertaining to the official visit, had gone missing.

In May 2004, some four years prior, a member of the Japanese embassy’s diplomatic staff was ensnarled in a honeytrap, having “fallen in love” with a Chinese citizen. The Japanese staffer had access to the embassy’s cryptographic equipment and the MSS did not hesitate to drop the hammer on him, demanding he share his access with the ministry. Sadly, instead of reporting that he had fallen victim to the honeytrap, the staffer left a detailed letter explaining what had occurred, and then committed suicide.

So, it should come as no surprise the first piece of counterespionage educational wisdom came in a form of a 15-pane cartoon, “Dangerous Love,” where a nefarious foreigner, “David” dupes innocent “Xiao Li” into providing state secrets.

It Isn’t Paranoia When They Are Out to Get You

China, like most countries, has an established counterintelligence and counterespionage capability. China’s resides within the MSS and the various district and major city security bureaus. They are active.

Japan has found itself in the crosshairs of China’s counterintelligence efforts throughout 2017.

In September, a Japanese citizen was arrested for allegedly spying in the northeastern port city of Dalian. Some six months prior, six Japanese nationals were detained on suspicion of illegal activities associated with geological research. Four of the six have since been released. In July, an unidentified Japanese citizen was detained on “suspicion of harming China’s national security.”

In March, China deported a U.S. citizen who had been convicted of espionage (a charge the individual denies), and the charges against the individual were never revealed. Demonstrating what all should keep in mind, visibility and transparency do not exist within the national security envelope in China.

Bottom line: If you are traveling to China, keep your nose clean and follow the rules of the road with precision. If your work is in the defense of national infrastructure arena, don’t be surprised if you are approached by individuals offering entertainment at your hotel, restaurant or other locales.

Don’t be offended. These individuals are doing their jobs; they are executing against a playbook that has proven successful in the past and no doubt will be in the future.